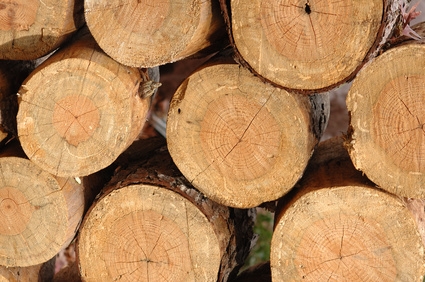 GLENWOOD – Progress toward the potential reopening of the sawmill in Glenwood is slowly but diligently being made.

David Henderson, of the investment group McCaslin Barrow Henderson, was on hand last week to discuss the progress of the venture. He met in an informal meeting with the Glenwood City Council that provided them current information and allowed them to ask follow-up questions to properly assess the current situation.

“The Mayor [Ron Martin] communicated to me that the city council just did not know where we were n our project – we haven’t been communicating – so he asked if I would come give an update to the city council as they are giving some consideration to some incentive for us, and for them to properly assess our incentive request, they are entitled to have a little bit more knowledge about where we are.”

City councilman Billy Plyler said that the official position of the city council was “we’re going to work with the investment group as they tell us it is time to start working with them. At this point in time we are getting things together to give them information to work on, but nobody is ready to make a commitment. They are wanting us [the City of Glenwood] to get water and sewer to them and we’re working on the [potential] pricing of that and the funding sources of that and with their funding sources, we’ll have to see how all that works together.”

Following the meeting, Henderson made a brief statement to the Glenwood Herald.

He said his investment group has been pursuing this “investment opportunity” for over a year and had “made a lot of progress.”

However, he said there were still some “significant hurdles we have to cross” before the mill could officially reopen.

“We’re still not crystal clear on the timing – I know, probably the question everyone wants answered is ‘when is that mill going to open and operating?’ and I just don’t know that. A lot of it hinges on finalizing our permitting, which is through the ADEQ (Arkansas Department of Environmental Quality) – we’ve gotten a lot of really good cooperation from them, particularly recently, so we’re making progress there, but the timing is still just a little bit unknown.”

According to Henderson, the granting of the permits would drive the group’s ability to complete and fully garner all possible funding avenues to make the project realistic and “get to a point of operation.”

Two permit legal statements from the ADEQ ran in the August 27 issue of the Glenwood Herald.

Henderson said the group was “cautiously optimistic” that all would come to fruition and the former Bean Lumber Mill would be back to full operation in the future.

“We think this is a great opportunity to do something good – not only for our organization – but for the City of Glenwood … it’s a win-win situation. That’s what we look for [in our investments] and that’s what we see here. We are very seriously working on this project on a daily basis – every day.”

Henderson’s Texas based investment group has been in the timber land investment business for two decades, with “a lot of experience in Southwest Arkansas,” making the Glenwood area not foreign territory to the group.

“In fact, we sold trees to the Bean Mill,” said Henderson. “We like Southwest Arkansas, I like traveling up here, being here, the people have treated me well in my limited time, and hopefully I’ll be continuing to spend more and more time here.”