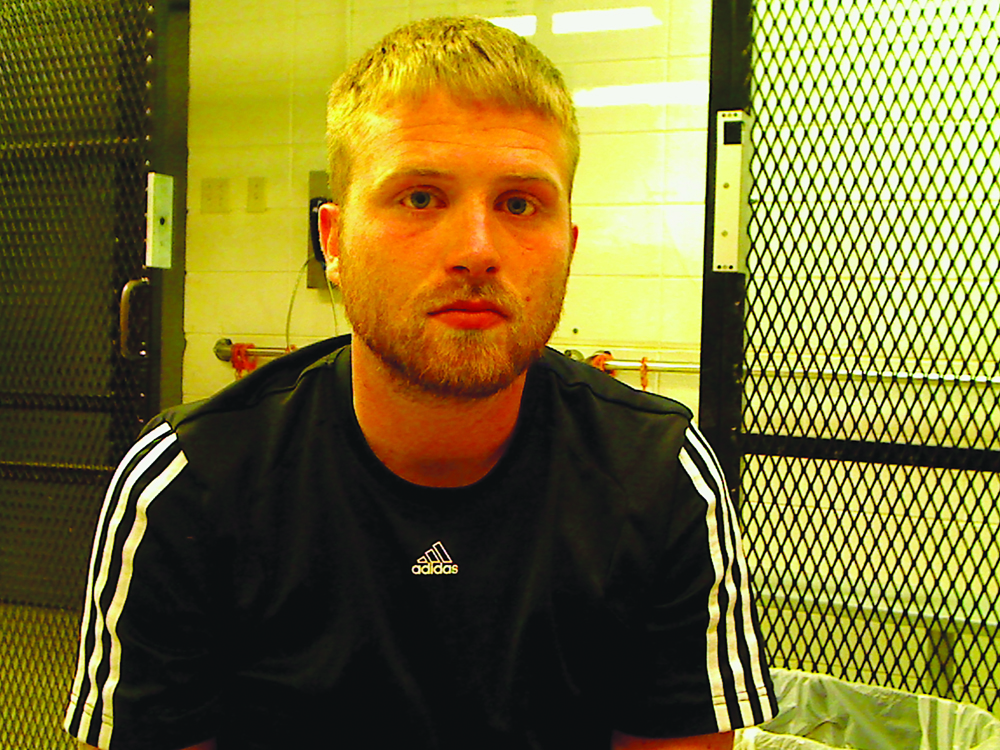 HOPPER – A safety checkpoint on a National Forest maintained road near the entrance to the Blue Hole resulted in the arrest of a Texarkana man.
According to reports obtained from the Montgomery County Clerk’s Office, members of the United States Forest Service and the Montgomery County Sheriff’s Office were conducting a safety check, July 3, at the intersection of Forest Road 99 and the entrance to the Blue Hole.
The report states that USFS Officer Leo Johnson stated that he smelt what he believed to be marijuana in a vehicle while conducting a safety check. The vehicle was driven by Choate, age 24 of Texarkana. There was also a female in the car, her younger brother and two small children.
Johnson was told that there was marijuana located in a diaper bag in the car. MCSO Officer Dewey Knowles approached the vehicle and assisted in the search. Johnson located a jar which allegedly contained marijuana in diaper bag in the car. The report also states that Knowles also located a zippered nylon bag which allegedly contained approximately 28 additional grams if marijuana, a digital scale and numerous plastic bags.
Choate has been charged with Possession of schedule VI controlled substance with the purpose to deliver (a class D felony) and Possession of drug paraphernalia (a class D felony).