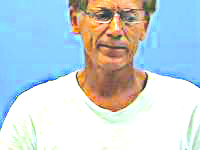 NASHVILLE – A traffic stop for a burned out license plate light has resulted in the arrest of a Hope man on multiple drugs charges.
According to statements made by a representative of the Nashville police department, a 2002 Ford F-150 was stopped just before 9 p.m. Saturday evening near Hutchinson St. by Nashville officer Chris “Droopy” Gates. The vehicle, driven by Robert Wayne Triplett, 59, allegedly did not have a functioning tag light.
After making contact with the driver, Gates reportedly called for the city’s canine handler to come to the scene. Officer Greg Parker arrived with his police dog, and the animal is reported to have reacted as it is trained to do in the presence of drugs.
The pair of officers then reportedly asked Triplett to step from the vehicle, where he was patted down. That patdown allegedly resulted in the discovery of a sandwich bag with a green substance suspected to be marijuana and a separate black package containing what is suspected to be methamphetamine.
A further search of Triplett’s vehicle is reported to have turned up a cigarette box that held several oxycodone pills as well as phenergan, a prescription anti-nausea drug.
Triplett was booked into the Howard County jail on two felony charges of possession of a controlled substance and a misdemeanor possession of marijuana charge, where he remains on a $25,000 bond.