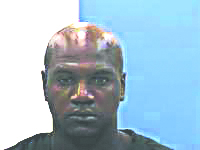 NASHVILLE – A call to the scene of a violent altercation ended in the arrest of a Little Rock man on multiple drug charges in the early morning hours of Saturday.
Officers were dispatched in response to multiple calls about a fistfight on South Hutchinson St. shortly after midnight Saturday, according to statements by a representative of the Nashville police department. Upon arrival, the responding officers reportedly found two men fighting among a large crowd of people.
The combatants reportedly separated and each approached their vehicles. Police began speaking to both the alleged participants in the altercation and witnesses, and identified the two as William Darnell Draper, 33, of Little Rock, and Anthony Pirtle. Pirtle was noted in the officers’ report as having blood on his face and a large contusion on his head as he stood by his vehicle.
When officers began questioning Draper about whether a weapon was involved in the investigation, witnesses apparently interjected that they had seen Draper place something, possibly a weapon, in his vehicle.
At that point, Officer Ty Basiliere is reported as having looked in the vehicle and seeing what is suspected to be rocks of crack cocaine in the vehicle’s cup holder. A further search of the vehicle reportedly turned up two sandwich bags containing a combined 80 hydrocodone pills. No weapon is reported as being found.
Draper was arrested on two felony counts of possession of a controlled substance with purpose to distribute and also a misdemeanor charge of battery in the third degree, and transported to the Howard County jail, where he remains on a $50,000 bond.