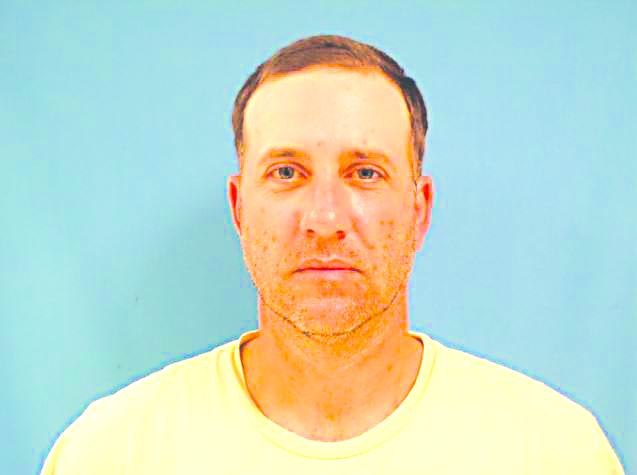 NASHVILLE – A special prosecutor has been assigned to the case of a former Howard County deputy charged with multiple drug crimes.
Jason Barrett, a central Arkansas attorney, will represent the State of Arkansas in the case of Gary Cogburn, a 39 year old Umpire man charged with manufacturing a controlled substance, two counts of possessing a controlled substance and one count of possessing drug paraphernalia. Cogburn, who is represented by Texarkana-based attorney Jeff Harrelson, entered not guilty pleas to the charges Wednesday in Howard County Circuit Court.
The allegations against the suspect stem from the execution of a search warrant on his home in April during which police reportedly discovered “approximately 30 [marijuana] plants growing inside the home in containers with ‘grow’ lights over the plants [and] approximately 20 more plants growing outside the house,” according to statements made by Sheriff Bryan McJunkins at the time of the arrest. Authorities also reported the discovery of two sets of scales and an unspecified number of firearms during the search.
McJunkins estimated that the plants were capable of producing approximately one pound of processed contraband each.
Cogburn’s next court appearance is scheduled for September 16.