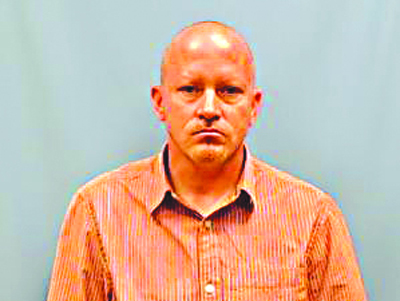 Nashville man accused of engaging in sexual activity with a 10 year old girl is facing an assault charge stemming from the allegations.
According to court documents, the investigation leading to the arrest of 39 year old Christopher Garner began in February, when the Arkansas Child Abuse Hotline received a call alleging multiple instances of rape said to have occurred three years prior.
The affidavit of arrest attached to Garner’s case file indicates that Child Advocacy Center forensic interviewer Karrah Dickeson conducted an interview with the alleged victim Feb. 5 during which the 13 year old female reported three separate encounters with Garner. Two of the alleged incidents occurred in Arkansas – one in Ashdown and the other at a Nashville address that falls within Pike County’s jurisdiction – and a third took place in Virginia, according to statements made in the affidavit.
Garner himself was interviewed by Arkansas State Police and Pike County investigators March 31 and reportedly denied the allegations before asking to speak with an attorney.
The suspect was originally taken into custody May 20 on suspicion of rape, a class Y felony, but the charges were later amended to second degree sexual assault, a class B offense. Bond was initially set at $100,000, but later reduced to $30,000, and the suspect was released from Pike County Jail May 27. His next scheduled court appearance is June 22.