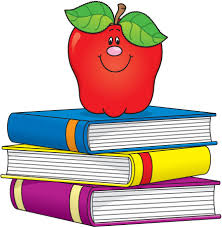 NASHVILLE – Elections are fast approaching for school boards in Howard County. The elections, held mid-September each year, are for rotating five year terms for school board members.
Of the three boards in the county, each has a single seat up for election. In Dierks, Dillard “Bubba” McSpadden, who was board president until this year, has stated that he will be seeking re-election. The Dierks district seats school board members at large, so every registered voter living in the district is able to vote in the election.
In Nashville, Randy Elliot, current board president, is also seeking re-election. Elliot represents zone 2, an area which stretches toward Ozan, and only voters living in that area may cast votes in that election.
No challengers are expected in either race as of this time.
In Mineral Springs, Robert “Ray” Hawkins, Sr. is seeking re-election from the area which includes Midway, Social Hill, Bluff Springs and the Wakefield community. Hawkins has not served a full five-year term, because after the Mineral Springs school board was reconstituted last year the group drew lots for length of term, with Hawkins drawing the shortest time period.
Those filing to run for school board in Arkansas must gather at least 25 signatures of voters in the area they would be elected from and turn those signatures in to the county clerk’s office between Tues., June 30 and Tues., July 7.
School board elections will be held on Tues., Sept. 15.