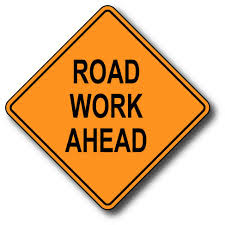 Montgomery County roads suffered a lot of relatively small damage in many places throughout the county during recent heavy rains,  but not any single major damage, County Judge Sammy Jones told members of the Quorum Court Monday night.
Jones said county crews are working daily to try and finish repairs to roads and bridges, much of which was caused by previous under-sizing of culverts in the county. Jones said county crews are working to replace washed-out culverts with larger ones in an effort to mitigate future damage during rain events.
He stated that the county is trying to establish a better record-keeping system on road repairs, since any future application for state and federal reimbursement would need more information than can presently be supplied. He explained that the county has trip tickets on trucks used to make road repairs. There is no information on the size of culverts or exact repairs made earlier.
“They (the state) want to know if previous repairs were routine maintenance or storm damage repairs,” he said. Currently there are no records on file within the county to furnish that information. The state also wants to know the GPS (Global Positioning Satellite) location of repairs and what was actually done during the previous, as well as a list of materials used.
Jones told the Court that the final inspection on the county’s new solid waste transfer station is scheduled for this Tuesday, June 9. Work is essentially complete on the facility, with the exception of fence completion.
JPs adopted a resolution to re-appoint Ray Connell to the Montgomery County Nursing Home Board for an additional five-year term. Connell will return to the board with a term set to end in July 2020.
Board members are appointed by the County Judge and ratified by the Quorum Court.
Other MC Nursing Home Board Members and their expiration dates include the following:  Gene Slaton, July, 2019; Phillip Carr, July, 2018; Randy Meeks, July, 2017; and Susan James, July, 2016.
An ordinance was enacted to increase the salary fund at the MC Library by $386.55 to cover a two-percent pay increase that was omitted from the 2015 budget when adopted earlier this year.