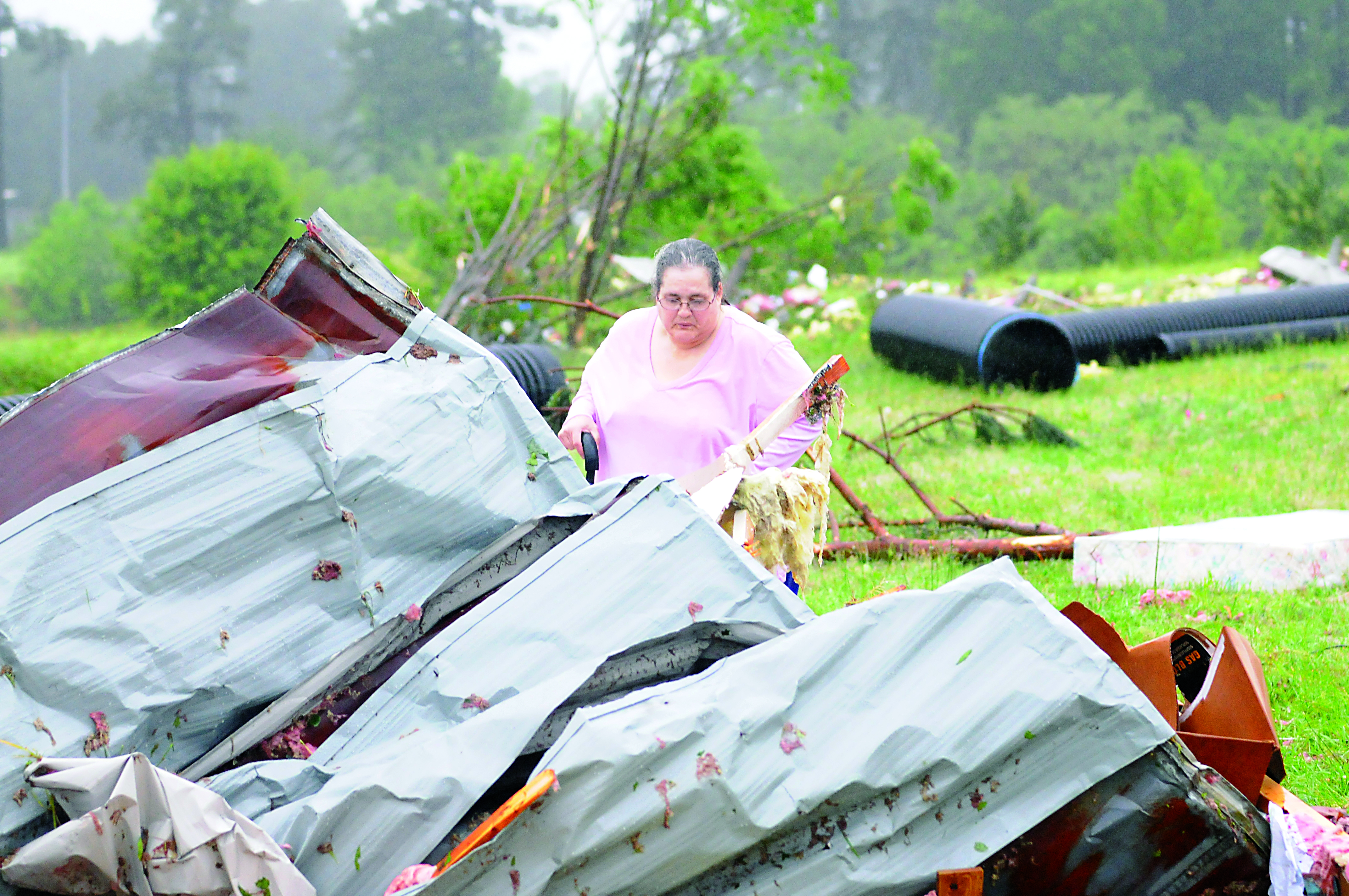 NASHVILLE – Two were killed and several more injured Sunday night when a suspected tornado blew through the western portion of town, destroying a trailer park and causing extensive damage to dozens of residences.

Howard County Coroner John Gray confirmed early Monday morning that a husband and wife in their late 20s were fatally injured during the storm, although their infant child survived and was transported to Howard Memorial Hospital with non-life threatening injuries. The family had resided at D&J Trailer Park, which was decimated by the quick winds which ravaged the area.

“All I saw was a funnel cloud form,” said an eyewitness who asked not to be identified. “The sky turned like, a weird pinkish orange color and that was it.”

Gray added that four people – one female and three males – have been transported to area hospitals by emergency services with critical injuries resulting from the weather. Two of those victims were also residents of the trailer park, while two males in their late 30s were similarly injured in a vehicle accident caused by a bridge washout on Bright Star Road.

Authorities are declining to release the names of any of the injured or deceased parties, although family members confirmed that the fatally wounded couple were Michael and Melissa Mooneyhan. Melissa, a stay at home mother, and Michael, who had been employed at Walmart, were reportedly discovered protecting their child, and are largely credited with saving the two year old girl’s life.

Although there were no other serious injuries, the northern portion of town was significantly affected by the storm as well with multiple trees down and major damage done to a large number of homes.

“You hear a big crash and glass breaking and a ‘whoosh,’ and then it was gone,” said Mark Middleton, a resident of the area who was surveying the damage to his property Monday morning alongside his wife, Betty. “We were laying in bed about 11 or so and all of a sudden Betty woke me up and said, ‘Something’s going on.’ All of a sudden, you walk in the living room and water’s pouring everywhere. Look outside, there’s a camper up against the house, trees down, glass broke.”

As a result of the storm, all Nashville School District campuses were closed Monday morning, and the First Baptist Church activities building was opened to those displaced by the weather. Donations are also being accepted at that location for those who lost belongings.

Mayor Billy Ray Jones said city cleanup crews as well as logging companies will begin working on removing the debris today and that efforts will likely continue throughout the week. Gray warned that citizens hoping to aid in the cleanup effort need to exercise caution as they do so.

“Be cautious around any of the debris for any nails, any power lines that could still be down and be hot,” he said. “If you smell gas, you need to call Centerpoint or call 911. Also, keep a close eye on the floodwaters, because that’s something we still have to deal with.”

Some with direct ties to the damage wrought by the storm are preparing with typical south Arkansas stoicism to get to the cleanup. Derrick Roberts, who works in and has family ties to the businesses adjacent to the trailer park that saw six residences reduced to rubble, offered perhaps the best summation of community-wide attitude toward the storm.
“Nothing to do but get the chainsaws started and get to work,” he said.