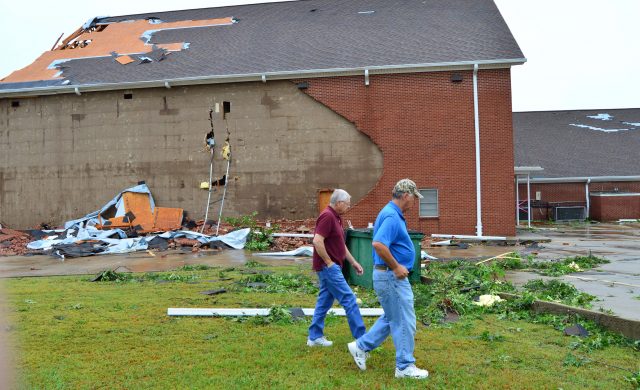 The victims resided in a trailer park off Sypert Street, where injuries were also reported. The sheriff identified the deceased as Melissa and Michael Mooneyhan. The couple’s one-year-old daughter was spared from the storm and is now in the care of a relative, McJunkins added.

Sheriff McJunkins also said Howard Memorial Hospital treated eight people with injuries – six of those were treated and released while the other two were transferred to another hospital for treatment.

The National Weather Service officials should arrive in the area soon to access the situation.

Arkansas Department of Emergency Management officials have activated the state Emergency Operations Center to monitor and assess severe weather damages across the state, according to organization’s Twitter feed.

The activation is of limited scale, and ADEM staff are monitoring events at this time.

The First Baptist Church Activities building in Nashville is open for anyone who was displaced by the storm.

More information will be posted as it becomes available.