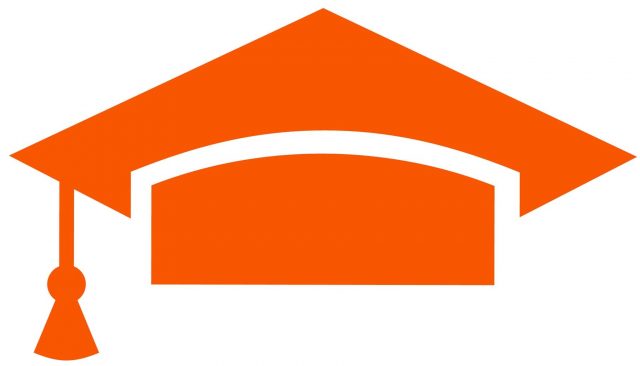 Salutatorian Jackson Beavert said that those at graduation has “chased the idea of success – what does it really mean to be successful? I’ve come to realize the definition for this term seems to differ between people.”

Some say success comes from having an ideal job or a fabulous salary, Beavert said. “I have come to realize that oftentimes what appears to the world to be ‘success’ often does not bring happiness. I think the success that brings true happiness depends upon having three things: faith, love and passion.”

Beavert said faith is necessary “because we never know what life has in store for us. There are storms in life we won’t see coming. For example, a storm recently came through our town and changed the lives of some forever. A solid faith will see us through those storms and give us strength to endure.”

Next, Beavert urged his classmates to “focus on love for our families and for others. I am amazed at how much love and support the community has shown to people affected by the storm.”

Also, Beavert said, “We must have passion in our lives. All of us have special skills and talents. Wherever we go in the near future, each of us must find a passion for something in our lives that fulfills us and challenges us to excel and become better people and better citizens.”

Valedictorian Rachel Dawson shared lessons from Winnie the Pooh in her address. For example, he said on one occasion, “How lucky I am to have something that makes saying goodbye so hard.”

“Who would’ve thought that Winnie the Pooh could teach us so many life lessons? His words aren’t just silly sayings, but inspirations to each and every one of us. Like when he says, ‘We will be friends forever, just you wait and see’ gives me hope for the future of our class,” Dawson said.

‘When he shares that ‘You’re braver than you believe, and stronger than you seem, and smarter than you think,’ lets me know that the Class of 2015 has hope and will have success.”

Dawson used various characters to thank those who helped her reach her goals, including her parents Karen and Billy Dawson, her brother Luke, her teachers, friends, the community of Nashville and her “author and creator, Jesus Christ. Thank you for never giving up on me, and dying when you didn’t have to.”

Dawson said that when she was in the third grade, she attended her first Nashville High School graduation. “It was that night that I set a goal for myself that I would be the one to stand in front of my classmates and be the one to say, ‘Congratulations. We did it.’ So 10 graduations later, I am honored to stand here in front of each and every one of you and say, ‘Nashville High School Class of 2015, we did it.

“This is not the end for us, but only a new beginning. This is not a goodbye. This is, as Tigger would say, a TTFN, ‘Ta Ta For Now.’”

Other students who spoke during the program include Austin Sharp, invocation; Brooke Bowden, welcome; Lucy Morales, welcome in Spanish; and Karie Porter, benediction.

Biology teacher and Coach Brian Bearden delivered the faculty charge to the graduates. “Graduation is more a transition, like mitosis. That’s a science thing,” he said.

Bearden called his address “Coach Bearden’s random thoughts about life while riding on a lawnmower.”

He wrapped up his comments by reminding the students that, “Today is a gift. That’s why it’s called the present. We’ve enjoyed you. We love you. We will miss you.”