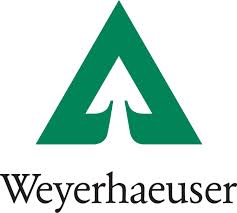 DIERKS – Following a recent approach to the city from Weyerhauser concerning the approval of its pilot agreement, Erin Hunter presented information to the Dierks School board during their meeting Wednesday night about the effects this agreement would have on the school and the community as a whole.

Hunter explained that the agreement was “a payment in lieu of taxes.” Weyerhaeuser is planning to put about $191 million into the new mill facility being constructed in Dierks, and because they are investing such a substantial amount of money, some case law and statues in the state allow the company up to a 65 percent cut on their property taxes. Hunter noted the largest effect of this will be reflected in the school budget.
Normal pilot agreements last 20 years, but through negotiation with school Superintendant Holly Cothren, this one will only last 15, Hunter said. Weyerhauser is requesting the full 65 percent cut during the 15 year period.
The city council has yet to approve the agreement, but Hunter said she expected it to pass unanimously during their regular meeting in June based on the results of Monday night’s public meeting, at which individuals from Weyerhaeuser and an attorney from the Mitchell Williams Law Firm in Little Rock were present.
“It was very positive feedback,” Hunter said. “Essentially what it means is that the city is going to own the new mill facility. We are going to have a contract with Weyerhaeuser and they are going to make municipal bonds and they are really going to be paying themselves a lease fee to lease the property. At the end of the 15 years, the ownership transfers back to Weyerhaeuser.”
Hunter further explained that the city won’t technically own it and that it will just be “in legal documentation only.” The result will be a tax break for the company and an increase in revenue for everyone all around, she said, adding that, during the construction phase, the city will still be getting the full tax amount from the old mill.
“We will still be getting what we get from the old mill and each year – it will depend on how the assessor’s office values it – we will be getting new money. Basically, we will be double dipping in tax revenue for the construction period while the old mill is phased out.”
The arrangement is expected to last for seven years.
At Wednesday’s meeting, Cothren said this will continue for two and half to three years after the construction for the new mill is completed because the old mill will still function for a brief period of time. Also, the old one will be in no declining value in assessment.
Cothren also noted that since the old mill has depreciated in value notably over the years, the new one will certainly cause a substantial monetary increase.
“For that seven some-odd year’s we will have even more [of an increase] therefor as we’re budgeting we will have to be very cautious so that we don’t plan some kind of recurring expense annually that’s dependent on what we’re drawing off that old mill because that will go away at some set time in the future,” Cothren added.
At the end of the 15 year period, the property will go back to the regularly-assessed value as appraised by county officials and return to the city’s normal 43 mill tax rate