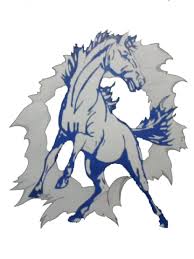 DIERKS – Dierks baseball and softball teams each fell in a tight contest Thursday evening as they hosted Spring Hill teams.

The Dierks Outlaws baseball team fell in a tight, low-scoring game on a single run in the last inning Thursday evening as they hosted the Spring Hill Bears.

The Bears had managed a run each in the bottom of the first and second innings, and the score remained locked at Spring Hill 2-0 for much of the game, with the Outlaws making their move in the top of the sixth as Trendin McKinney was brought in on a hard grounder to left field by Caleb Adams, and Adams was himself run in off a line drive to left from Jarrett Fox, setting a tie game 2-2.

The score again was held for a bit, until in the bottom of the seventh a Spring Hill player made it in on an error, ending the game Spring Hill 3-2.
The Outlaws next square off against the Gurdon Go-Devils in Gurdon this afternoon.
In girls’ play, the competition between the Lady Outlaws and Lady Bears produced a similar result in a very dissimilar fashion.
While the boys’ game involved players making base but not coming home, the softball game was a defensive battle with the Spring Hill pitchers and the Dierks fielders each denying the other team base time.
Their game remained scoreless until the fourth inning, when Emily Wisenhunt was run in on a grounder to second base from Kyla Kompkoff and Melanie Kesterson ran in on an error, setting the score Dierks 2-0.
The Lady Bears retaliated with a trio of runs on a pair of hard line drives and a sacrifice play to put them ahead, Spring Hill 3-2.
The defensive battle was back on at that point, with neither team managing to get further than second. The game ended in the seventh as it was set at the end of the fourth, final score Spring Hill 3-2.
The Lady Outlaws also head to Gurdon this afternoon to face the Lady Go-Devils.

Scrapper headed to NWA Friday for Round 2 of playoffs

Nashville vs. Pocahontas Friday night for Round 2