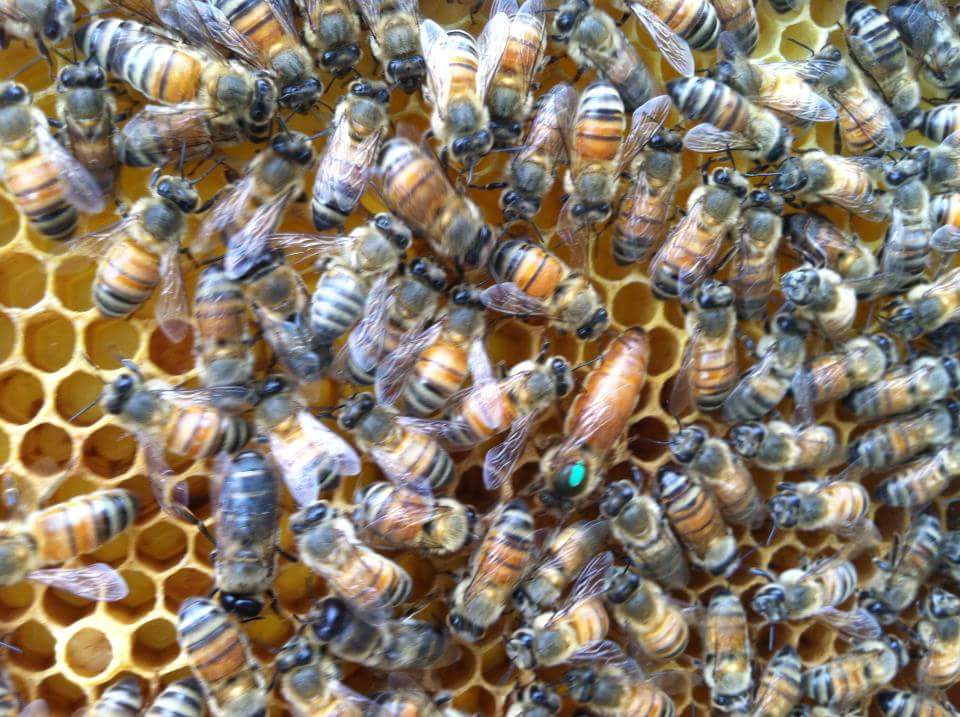 Though the numbers have decreased over the years, there are approximately 200,000 beekeepers in the United States. Approximately 76 of those are members of the local Southwest Arkansas Beekeepers club.
Britt Bailey is an active member who has currently procured 97 hives and hopes to increase to 300 someday. He has taken part in this agricultural venture for six years.
“I love nature in any format and insects are one of my favorites. Bees are an insect that I can control and raise them just like people do with cows or chickens,” he explained. “After the first time you look in a hive, you are hooked. Seeing how such a small creature will work endlessly till they die is fascinating to me.”
Bailey sells much of the honey produced by his bees, and stated that he can retrieve an average of anywhere from 45-100 pounds of honey per hive.
“It all depends on the forage for the area your bees are in,” Bailey said. “Ours is mostly just wildflower in the area. If you can get them on soybean or cotton fields they can produce upwards of 200 pounds per hive.”
For Fulton resident James Lamb, his love of beekeeping is what inspired him and his wife, Rita, to open their store, Southwest Arkansas Beekeeping Supplies.
The Lambs have raised bees for a little over five years and owned the store for approximately half of that time.
James Lamb’s interest in the art was honed by his uncle, who housed bees in the 1980’s, and was later encouraged by his son and friend, who are also beekeepers.
“It took me six months to get my wife interested and out there tending to the hives with me,” he laughed.
James Lamb went on to say, “What’s most interesting is watching the bees and how they work together. They’re fascinating.”
The Lambs currently hold 16 hives, and like Bailey sell their honey as well as give it away. The couple is hoping to get between 25 and 30 total hives some day.
The honey also makes the candies, soaps and lip balms that the couple sells in their store.
Aside from that, Southwest Arkansas Beekeeping Supplies also furnishes medications for bees and beekeepers alike, beeswax molds, beekeeping tools, woodenware and plastic frames and foundation, books, beekeeper suits and much more. They also ship these items across the country.
“From the time the beekeepers get the bees, we handle about all of it,” James Lamb noted.
There are several ways an individual can begin beekeeping. Beforehand, it is important to seek information about the task. An interested party can do this by contacting someone through the Southwest Arkansas Beekeeper’s website arbeekeepers.org or by getting in touch with a beekeeper they know.