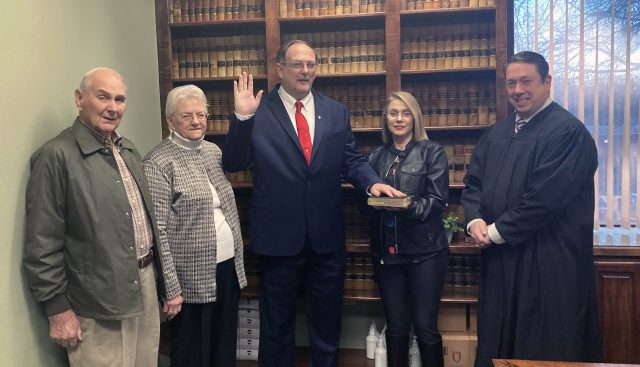 Howard County’s new chief administrator, County Judge Brent Pinkerton, was ill and missed the official swearing-in ceremony in the courthouse, so his oath of office was given Wednesday, Jan. 4, by Circuit Judge Bryan Chesshir in his chambers before regular court proceedings began. From left, Judge Pinkerton’s parents, Sherald and Patricia Pinkerton, Judge Pinkerton and his wife, Ellen, and Judge Chesshir. Judge Pinkerton is the 31st man to hold the position since the formation of the county.