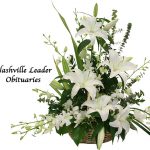 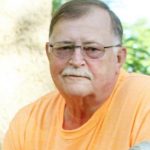 He was born Aug. 27, 1949 in Chicago, Ill. to the late George Ralph and Alice Stephanie Krzyminsky Phelps. He was retired from Weyerhaeuser in Dierks. Dennis was a Methodist, loved coin collecting, working in his garden, camping, fishing, and spending time with his family. Dennis’s family, especially his grandchildren was his life. He was an avid Cubs and Blackhawk fan. He was a Past Master of Pleasant Valley Masonic Lodge #30 in Nashville, and was a Knights Templar. He also was awarded the Marked Master Mason Honorary Degree, which very few have ever received. He was a Navy veteran of the Vietnam War.

Preceding him in death other than his parents were several of his siblings.

You may send the family an online sympathy message to www.nashvillefh.com.

He was born Aug. 30, 1927, in the Sardis community near Nashville, the son of the late William and Frances Tollett Reed.

He was a member and longtime deacon at Mt. Carmel Baptist Church in Cincinnati.

He was preceded in death by his brother, Alford.

Visitation was Wednesday, May 4 before the funeral at Mt. Carmel Baptist Church. Pastor Lance Cunningham presided.

She was born April 23, 1932 in Sante Fe, N. Mex., the daughter of the late Rufus and Lillie Mae Frazier Morgan.

She was a member of the New Mt. Zion Baptist Church.

She was preceded in death by her husband, Clyde Alvin White.

Funeral services will be 10a  a.m. Thursday, May 12, 2016, at the Latimer Funeral Home Chapel in Nashville. Burial will follow in Bluff Springs Cemetery.