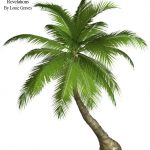 ANIMAL CRACKERS. Debbie Sims, my neighbor who teaches at Mineral Springs, has observed a roadrunner in her backyard not all that far from the campus of Nashville Junior High School.

(I would say not far from the Nashville Primary School except that I’m not all that sure it’s Primary and not Elementary, but more about this later, and that’s why I use Junior High for my example).

Southwest Arkansas folks used to see this species of bird frequently. Then, about 15 or so years ago, they just disappeared from our area. Don’t know why.

Debbie’s sighting reminded me of our John Balch who saw a roadrunner on top of Mt. Nebo near Dardanelle a few years ago. Since the bird really doesn’t fly more than a few feet at a time, it means that John’s roadrunner either ran up that steep, twisting highway to the top of Mt. Nebo, or it hitched a ride. Or, maybe it walked up.

For those of you not fortunate enough to encounter a roadrunner, the bird would emerge from the side of the road and race along with you for awhile. It was fast.

The cartoon (“Meep Meep”) roadrunner survived many convoluted attacks by Wile E. Coyote who always had a fowl dinner on his mind.

I cannot help myself. I was compelled to blab about Debbie’s roadrunner all over town, and in doing so, I learned that a number of people have observed roadrunners recently.

District Court clerk Laurie Westfall sez that there a lot of roadrunners out along Highway 26 east of Center Point.

AND I CAN CONFIRM that Mississippi kites are back circling the neighborhood. The bird is about buzzard-size; is dark gray with a lighter head, long tapered wings, and it has a skinny tail.

CONFUSED. There are several things that confuse me. For one, I can never understand whether a plant is an annual or a perennial.

This past Mother’s Day I got confused again.

I didn’t know that Sunday was also National Slow Trucks Try to Pass Slower Trucks on the Interstate Day.

I appreciate truckers and I know we could not exist without them and the stuff they haul. But, fellas, if you can’t get around that truck in front of you, don’t try.

AND ANOTHER THING I’m confused about is this whole LGBT issue. First of all, I’m confused by the initials. I’m thinking they stand for Lesbian Gay Bi-sexual Transgender. I’m not totally sure and I don’t want to have to ask anyone.

I’m from a generation that would be embarrassed if someone asked: “Excuse me, are you  lesbian, gay, bi-sexual or transgender?”

But apparently some LGBT people are confused about which public bathroom to use.

For example, if Person A happens to have the equipment of a male, but identifies as a female, he/she might want to use the women’s potty because they feel weird going into the men’s room.

Our society has taken flight from common sense. And apparently the ‘ins’ don’t give a damn about what the majority of people want. Seems to me that Person A ought just use the bathroom which was built for persons with that particular equipment. It’s the OTHER people — the ones who do not have trouble identifying — who do not want Person A in the women’s bathroom. So, you either make ONE person uncomfortable, or you make A BUNCH of persons uncomfortable.

Makes perfect sense to me, and apparently to lots of other folks, including people in some state legislatures.

Now we’ve got singing stars and organizations boycotting some states because the state legislatures had the gall to enact laws telling Person A to use the boys’ room, not the girls’.

If the mayor of Nashville continues to ignore public pressure to deputize me as a J-Turn law enforcer, maybe I could get a temporary job keeping Person A out of the girls’ bathroom.

But then, I’d have to ask what LGBT stands for and I really don’t want the job that much. I don’t care how nice the camo uniform is. Or if I get to be openly armed.

THINGS I LEARNED from reading email: The dictionary is the only place success comes before work.

SHE SAID: “There are some things you learn best in calm, and some in storm.” — Willa Cather, novelist