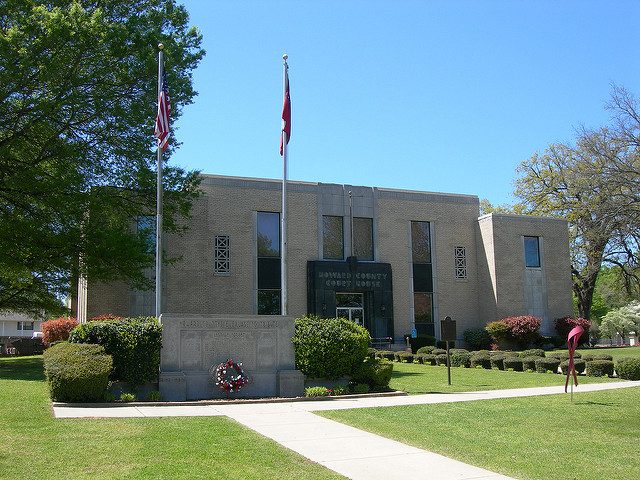 Elected county officials and employees who have met strict requirements may now be armed within the Howard County courthouse. Carrying a weapon in the courthouse is prohibited for the general public, even persons with concealed carry permits.

JPs voted unanimously, Monday, in favor of an ordinance setting out who may be legitimately armed in the courthouse.

Sheriff Bryan McJunkins explained the ordinance to quorum court members, and said that being armed was not required of any official or employee who didn’t want to be. The sheriff said that the local ordinance was patterned after other counties which have enacted similar firearms rules.

Extra training by the sheriff’s department is a part of the requirement, in addition to having a standard concealed carry permit. Firearms carriers must take a one-time ‘active shooter’ course and other annual firearms training offered by his office, the sheriff said.

The permitted arms bearers will not be able to carry a weapon in the courtroom without the express permission of the presiding judge. Licensees also may not be armed in the jail or any office of the sheriff such as the collector’s office.

The motion to pass the ordinance was made by JP Dick Wakefield, a former county sheriff.

Following the vote, JPs asked Sheriff McJunkins about security for the courtroom. In special cases a metal detector is set up for sensitive trials or hearings, and all persons must enter through the detector which is set up at one entrance to the courtroom.

In other action, the JPs approved the recommendation of the Howard Memorial Hospital board of directors in the nomination of Nashville dentist Glenn Lance to a three-year term on the HMH board. Dr. Lance was appointed to fill the unexpired term of Barry Wright.