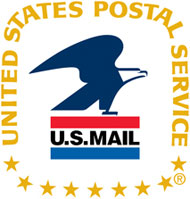 The Pike County Sheriff’s Department has issued misdemeanor citations to four Murfreesboro teens for damaging 22 mailboxes in the Pike City and Delight areas, according to PCSD Detective Geln Hankins.

The teens – all males including two 16 years of age, one 15 and one 17 – are charged with second degree criminal mischief. Their cases will be heard in Pike County District Court. They face a fine of up to $485 each.

Hankins said approximately 50 mailboxes in the area had been vandalized but only 22 have been reported. The detective said reports of the vandalism all came on Sundays, indicating “Saturday night activities” by the youths. The first incident was reported March 13 and then for four consecutive Sundays up until April 3. The boxes were damaged on Pike City Road, Billstown Road, Caddo Gap Road and Lewis Lee Road. The damage was listed in excess of $1,500.

Three of the suspects confessed to the crimes during interviews and “one had nothing to say.”

Hankins noted the case is still under investigation and the four youths are the only suspects, thus far. Deputies working the case include Richard Tomlinson, Robert Shelby and George Donaldson.