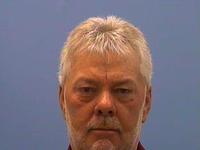 Felony charges have been officially filed against the Newhope man accused in a November 2015 attack upon the mayor of Dierks.

Special prosecutors have been approved and have signed on for the case. They are Hempstead deputy prosecutors Christi McQueen and Thomas Allgood. Jester has made his first appearance before a judge, but has not been officially arraigned. He will be represented by Public Defender Greg Vardamann of Arkadelphia. Both Prosecuting Attorney Bryan Chesshir and his deputy, Erin Sprick, had recused themselves because of possible conflicts of interest.

Jester is accused of damaging Mayor Terry Mounts’ vehicle and fighting with the mayor at the Mounts residence in Dierks on Nov. 9, 2015.

The investigation, which began with the Dierks city police department, was later turned over to the Arkansas State Police.

Howard County Circuit Clerk Angie Lewis said that either the special prosecutors or the judge would set an appearance date for Jester. At that time he will enter a plea and dates will be set for a trial and pre-trial motions.