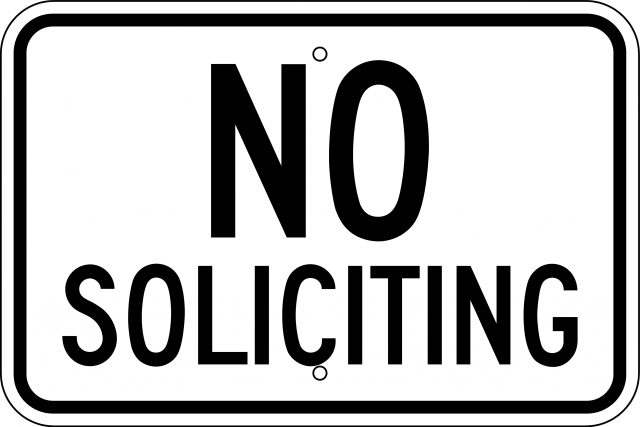 Spurred by a rash of complaints about door-to-door peddlers, the Nashville City Council next month will hear a proposed ordinance amendment for tighter controls or even outright elimination of door-to-door sales.

City Attorney Bryan Chesshir said he would have a proposal at the March council meeting.

Mayor Billy Ray Jones asked the council if any members would like to change monthly meetings to noon on Tuesdays. He got his answer: “There are enough no’s so that we won’t go further.”

Another idea that didn’t go anywhere was a request for a ‘speed bump’ on Park Street. A petition had been circulated by a resident of the street who said she was alarmed by speeding traffic on the street. The motion was made by Alderman Mike Milum, but it died for lack of a second. During the discussion before the vote, the mayor and other aldermen said it would start a bad precedent for other areas of the town, and might also open the city up to lawsuits and demands for damages to vehicles.

The requesting resident will get some satisfaction, however. Police Chief Dale Pierce said he was unaware there was a problem with speeders in the Greenwood Addition neighborhood, and that officers would spend more time there in an attempt to catch speeders.

At its regular meeting for February, last Tuesday night, the council amended the 2016 budget because a bond payment had been left out of the general fund.

Compliance Officer/Fire Marshal Jerry Harwell said that installation and testing of the city’s three new storm warning sirens was complete. He said that in the future, the city’s remaining siren which is placed under a water tower on Clark Street, would be reconfigured so that it could be activated by radio, like the other sirens.