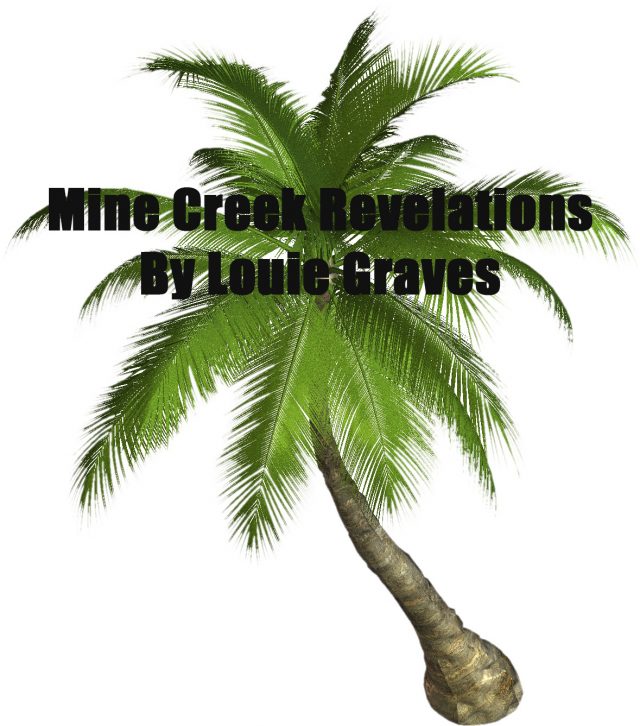 HAPPY VALENTINE’S DAY.  Not trying to make enemies at the Post Office, but I need to report to you that the Navigator received her Valentine’s Day card on Tuesday, Feb. 16, four days after I carefully placed the correctly-addressed card in the “Local” slot in the lobby of the Nashville Post Office.

Now, the Navigator lives approximately five blocks from my home; and is about a half-mile as the crow flies from the Nashville P.O.

At the same time I mailed Navigator’s card, I went to the P.O. lobby window and mailed cards to daughter and granddaughter in Maumelle, Ark. They got their cards on time.

What in the heck is going on?

THE GOOD EARTH. I’ve put off cleaning out my patio landscape beds. The project includes cutting down stuff that was killed by winter. Another chore is cutting the dead banananana palm fronds down low to the ground. I cover the stumps with mulch and the plants always gloriously bounce back in the Spring. This past Sunday I inspected the banananana palms and was stunned to note that fresh green shoots were poking out through the ‘dead’ fronds by about six or eight inches or even more.

But I haven’t waited too late to cut down the ‘survivor’ oaks which sprung, sprang or springed last year from acorns hidden in the landscape beds by the squirrels. The oak saplings are now waist high and the leaves are still as green as they were last September.

ANIMAL CRACKERS. Early Spring? I’ve read that somewhere. In my backyard I see birds holding something in their beaks. I can’t tell of they’re holding an insect or a piece of nesting material. Other bird-watchers have also commented upon what we perceive as slightly early activity.

The squirrel which is determined to takeover my bluebird house has just about chewed the entrance hole large enough to accommodate his size. Bluebirds flitter about trying to discourage this homestead robbery, but their activity doesn’t faze Mr. Squirrel. Neither does a warning shot from my Red Ryder BB gun. The shots run Mr. Squirrel off, but he returns just as soon as I disappear. I was puzzled as to how he got to the bird box, and finally saw that he would hang off the gutter and swing himself over to the top of the box. From there it was a piece of cake to chew off pieces of wood.

Now I’ve moved the box and maybe he can’t get to it in the new location. Don’t know what I’ll do, otherwise. Saturday I visited a Little Rock store which specializes in birds, and I noticed that they had some bluebird boxes that had metal rings around the entrance hole. Reckon that was to discourage squirrels?

I also bought a little suction-cup tray which holds seeds or dried mealworms to attract birds. I’ll let you know how it works. I can tell you right now that the worms taste awful.

THINGS I LEARNED from reading email: One thorn of experience is worth a whole wilderness of warning.

HE SAID: “Every truth has two sides; it is as well to look at both, before we commit ourselves to either.” AESOP, slave and philosopher

SHE SAID: “Gratitude unlocks the fullness of life. It turns what we have into enough, and more. It turns denial into acceptance, chaos to order, confusion to clarity. It can turn a meal into a feast, a house into a home, a stranger into a friend.” MELODY BEATTIE, author