She was born on Nov. 29, 2011 in Texarkana, Texas, the daughter of Mathew Myers and Alisha Langley Phillips.

Sassy pants loved music, dancing, singing, eating ice cream cones,  and playing in the mud, but more important she loved her sisters. She attended ABC pre-school in Nashville. She loved riding horses, and she always told her family to go fast but not too fast. Ella gave the gift of life by being a tissue donor.

She was preceded in death by her maternal grandmother, Dottie Langley.

Services were Saturday, Jan. 30, 2016 at 2 p.m. at the Cross Point Cowboy Church in Nashville with Bro. Don Jones and Bro. Bryan Adair officiating. Burial followed in Sardis Cemetery in Ozan under the direction of Latimer Funeral Home, Nashville.

Visitation was 5-9 p.m. on Friday in the funeral home chapel in Nashville.

You may send an online sympathy message to http://www.latimerfuneralhome.com/. 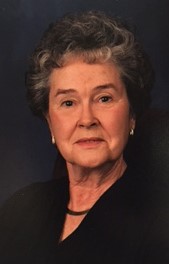 She was a secretary for over 22 years at Sunset Church of Christ, as well as a long time member there. She enjoyed the Texarkana Antique Car Club with her husband. She enjoyed cooking, gardening and loved canning the fruits of their labor. She was always supportive of her daughters in all of their school activities. She dearly loved all of her grandchildren. She was a long time Bible Class teacher, and was a proud member of the Scrapper class of 1947, excellent basketball player for the Scrappers, a Scrapper cheerleader, and in the homecoming court. During her married life she was very devoted to helping her husband, Ordis, on the farm, working in peaches and the garden.

Services were Friday, Jan. 29, 2016 at 2 p.m. at Sunset Church of Christ with Floyd Clark, Jr., Terry Moore, and Lance Lowrey officiating. Interment followed in Restland Memorial Park under the direction of Nashville Funeral Home. The family received friends at the funeral home on Thursday night from 5:30 to 7:30. You may send the family an online sympathy message to www.nashvillefh.com. Memorials may be made to the Children’s Home 5515 Walcott Rd., Paragould, AR 72450; or to the Southern Christian Children’s Home, PO Box 649, Morrilton, AR 72110.

He was born Jan. 29, 1964, in Nashville, the son of the late Willard Boyce and Cloteel Glasgow Garrison. He worked for Pilgrim’s Pride.

He was preceded in death by an infant daughter, Chloee Dawn Garrison.

Survivors include: a brother, Terry Garrison of Dierks.

Graveside funeral services for Mr. Garrison will be at 11 a.m., Friday, Jan. 29, 2016, in Athens Cemetery with James McRae officiating under the direction of Wilkerson Funeral Home.

She was born Dec. 8, 1948 in Nashville, to Doyle Gathright and the late Geraldine Icenhower Gathright.

She was a member of Okay Baptist Church.

Survivors include: her husband of over 47 years, Mark Bowers of Saratoga; a son, Eric Bowers of Nashville; also grandchildren.

Graveside services were Tuesday, Jan. 26, 2016 at 2 p.m. in Restland Memorial Park in Nashville with Kelly Atkinson and Werner Lapasinskas officiating. Arrangements were under the direction of Nashville Funeral Home.

She was born Sept. 15, 1947 in Hope, to the late William Loston and Joyce Bowles Ellis.

She was retired from Tyson Foods in Nashville and was a member of the Church of Christ.

She was preceded in death by a brother, Jimmy Ellis.

Survivors include: her husband, Michael Marsh of Nashville; a son, Shane Marsh of Lockesburg; a daughter, Tammy Cook of Malvern; a brother, Tommy Joe Ellis of Center Ridge, Ark.; also grandchildren and great-grandchildren.

Services will be Wednesday, January 27, 2016 at 11 a.m. at Nashville Funeral Home. The family received friends Tuesday night from 6-8 at the funeral home. Send an online sympathy message to nashvillefh.com.

He was born April 8, 1990, in Texarkana, Texas, the son of Belden Leander and Angela McBride Ward.

Survivors include: his father, Belden Ward of Athens, Ark., and his mother, Angela McBride of Michigan; a brother, Kyle Lee Ward of Texarkana, Ark.; a sister, McKenzie Brooke Ward of Athens.

Funeral services were set for 2 p.m. Wednesday, Jan. 27, 2016, in the Chandler Funeral Home in De Queen with Bro. Roger Copeland officiating. Burial was to follow in the Chapel Hill Cemetery, De Queen. Visitation was Tuesday, Jan. 26, from 6-8 p.m. at the funeral home.

She was born in Shreveport, La., on June 2, 1967, to James Carl Waters and the late Sandra Renee Watkins Waters. She was preceded in death by her mother and a sister, Sandra Brown.

He was born Jan. 18, 1938 in Oroville, Calif., the son of the late Budha Banes and Clara Rockefellow.

A private service will be held at a later date.