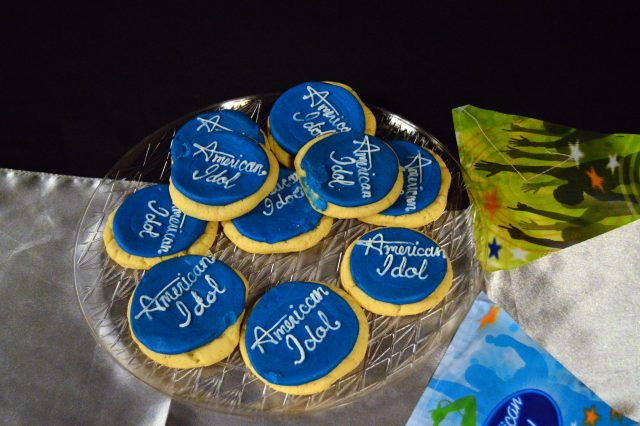 Harry Connick Jr. thought he wasn’t ready, but Jennifer Lopez knew for sure. Keith Urban waffled at first, but he eventually came around and broke the tie to allow local musician Ethan Kuntz to move ahead in the final season of “American Idol.”

The Golden Ticket was good for a trip Hollywood, which the Kuntz family has already made, and like before, what else went down will remain a secret as the pre-recorded season progresses week by week. The Kuntz family will now follow the show like the other millions of viewers. “Hollywood Week” episodes of the show are set to begin Jan. 25, according to mother Michale.

The Kuntz family again hosted an “American Idol Watch Party” Thursday night at the Black Pearl in Mineral Springs and were again joined by a large contingent of friends, family and fans, who cheered loudly when Ethan appeared on the screen and moaned in unison when they were left hanging by Urban’s indecisiveness and a commercial break.

The celebrity judges seemed shocked when a big bluesy voice boomed from the skinny polite teenager from Nashville, Arkansas as he played “Stormy Monday” by the Allman Brothers.

“Man, I was so excited,” Ethan said Thursday night about getting the Golden Ticket and the golden opportunity. “I went in there hoping for the best, knowing I was just going to give it my all and see what happened. I wanted to be sure I made Nashville proud.”

The Kuntz’ walker hound kennels in Nashville, which raises dogs to run deer, fox and coyotes in competitions, was featured in the run-up to Ethan’s performance. The kennel is called “Skinny Boys Kennels” – dad Damon is Skinny, Ethan is Little Skinny and Joshua is Mini Skinny.

At the event in Mineral Springs Thursday night, Ethan played a striped down version of Lynyrd Skynyrd’s “Simple Man.”

The celebrity judges ribbed Ethan as he made his exit and asked if he had every been to Hollywood, Calif. Urban said “It’s just like Nashville, Arkansas.” Ethan responded he didn’t think so.

But, Ethan said Thursday that Hollywood was like Nashville – sort of – “just with a lot of palm trees and a whole lot more people.”