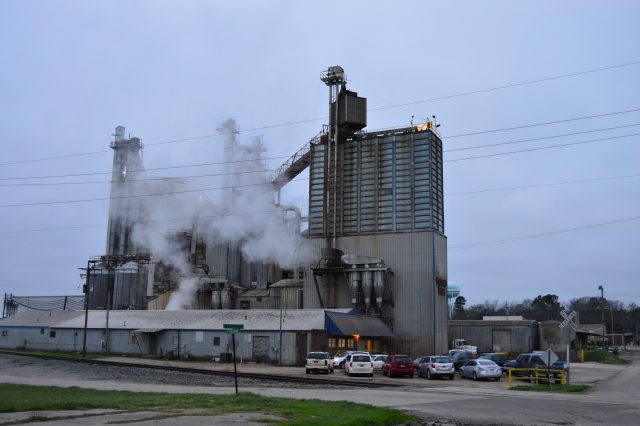 Construction on a new feed mill for Pilgrim’s Pride Corporation is expected to begin in early 2016, according to company spokesperson.

On Dec. 22 a land transaction between Weyerhaeuser Company and Pilgrim’s was recorded in the Howard County Circuit Clerk’s office. Weyerhaeuser sold approximately 141 acres of land to the poultry giant for $1.1 million.

Soil sampling in preparation for construction is expected to begin within a matter of days, Nashville mill manager Larry Daniels told The Nashville Leader.

Pilgrim’s current mill, which is located on East Shepherd Street on the banks of Mine Creek in downtown Nashville, is a much-expanded and remodeled facility which dates back to 1955. Approximately 275 contract growers are served with feed from the Nashville mill. Feed ingredients arrive both by truck and by rail.

The new mill is expected to meet the company’s needs for the next 40-plus years.

A company spokesperson said that completion of construction is projected to be in early 2018. The new mill will support growers within the Nashville/De Queen complex.

“The new feed mill will be constructed with state of the art design using the latest technology and will be designed to support future growth within the complex,” according to a company press release.