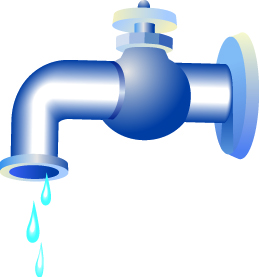 MOUNT IDA – Mayor Jo Childress informed the Mount Ida City Council of a rate increase on water that the city purchases from the Montgomery County Regional Water Authority.
Mayor Childress, who also serves as the president of the regional water authority, told aldermen and women that the regional water authority had voted to increase water rates on the city’s minimum purchase by 15 percent. The city currently has a minimum purchase of seven million gallons a month.  The regional water authority provides water for Mount Ida and Oden.
Mayor Childress stated that the increase was necessary due to a break in a 12 inch water line that brings raw water into the treatment facility. She explained that the pipe runs across a creek in town. The pipe was properly installed according to Childress, but the creek has changed course which has stressed the pipe causing the break in the line. She stated that the pipe is losing 100 gallons of water a minute and must be repaired as soon as possible.
The urgency of the repair has forced the regional water authority to use their own funds instead of waiting on a grant to fund the repairs.  The mayor said that the bill for the repairs will be approximately $50,000. The regional water authority has recently installed a new chlorination unit at the treatment facility at a cost of approximately $25,000 which has also contributed to the need for an increase in rates.
In other business, the city passes a resolution for a GIF grant for turnouts and SCBAs for the Mount Ida-South Fork Volunteer Fire Departments. The grant will help them replace older equipment. Fire Chief Barry Craw stated that some of the FVD’s SCBAs are almost 30 years old.
The board discussed the need to certify the millage rate for the city. Rick Farmer passed out copies of a notice in the most recent municipalities magazine regarding the certification of city millage rates.
The notice was a reminder to cities and towns to certify their millage rates annually so they can be collected.
City Treasurer Carlyn Hall stated that the city rates are 2.1 mills for the general fund, 0.5 for the fireman’s retirement fund and 0.00070 for the street fund. She stated that they have been at that rate for years and to her knowledge the city has not had to recertify the rates annually. She presented a letter from the county clerk’s office asking if the rates had changed. She stated that she responds to a similar letter every year.
Mayor Jo Childress stated that she was unaware of a need to recertify the millage rates, but she would look into it.