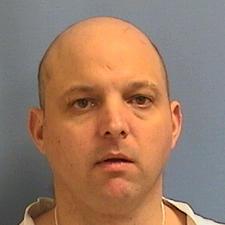 A Delight man has received the maximum sentence and a hefty fine after being found guilty by a Pike County jury of a weapon violation.

Dustin B. Hembey, 36, was found guilty by a jury of 10 women and two men Thursday on the charge of possession of a firearm by a certain person. Hembey, who is considered a habitual offender who has been convicted of multiple felonies in the past, was sentenced to 30 years in the Arkansas Department of Corrections and fined $10,000.

During the trial, Hembey’s biological mother and his wife testified against him.

Hembey was arrested on the weapon charge in September of 2014 during an investigation into the death of Jo Ann Hembey, 72, of Delight, who was Dustin Hembey’s biological grandmother but had adopted him as her son.

Medical personnel were called to the Hembey home on the Caddo Gap Road after a call from Dustin Hembey, who reported the elderly woman had fallen and hit her head and he had found her unresponsive. Medics on the scene reported the patient’s injuries “were not consistent with the nature of the call.”

Mr. Hembey told authorities he had been in the home’s bedroom that night when he heard a sound like his mother had fallen in the living room. He also told investigators he found his mother on the floor and that he had picked her up and moved her to the bedroom where he placed her oxygen mask on “because she was not breathing.” The patient was later air-lifted from the scene but later died.

During the investigation into the death, a .22 rifle stacked in the corner of the home with two air rifles as well as ammunition on the nightstand in Mr. Hembey’s room.

The discovery of the firearm in the home resulted in the arrest of Mr. Hembey, who has been “convicted multiple times of numerous felonies,” according to case information. He made a first appearance on the charge of being a felon in possession of a firearm on Monday, Sept. 15, 2014 in Pike County Circuit Court.

During court proceedings, a mental evaluation was ordered for the defendant after an outburst in court about his desire not to return to prison.

Mr. Hembey is also facing a wrongful death lawsuit in Pike County filed on behalf of the Jo Ann Hembey estate. Executrix of the estate, Brenda Williams, contends in the lawsuit that Mr. Hembey “caused the violent death” of the elderly woman.