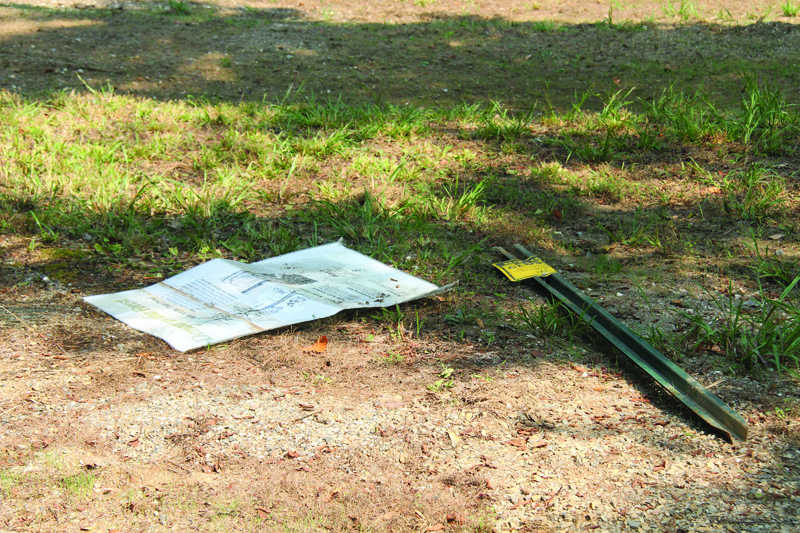 Brushy Creek Campground will reopen as a day use facility in time for Labor Day weekend according to workers at the site last week.
United States Forest Service employees were hard at work clearing debris and making improvements last week to the area located on the western end of Montgomery County.
The popular sight had served the community for several years before being closed in 2012 after a major flash flood devastated the area in May of that year. Tent pads, picnic grills, playground equipment, parking spurs and roads.
No one was in the campground at the time of the flash flood, but the facility was closed with officials citing safety risks as the reason.

In September, 2013,  USFS District Ranger Tim Oosterhous commented that his intentions were to close the facility and remove the remaining equipment to allow the area to return to its natural state.
The facility, which was used frequently by many area residents and visitors to the area, was a rest station for many who rode the Ouachita Bike Trail which passed through the facility.
After meeting with concerned residents and local activists, Oosterhous issued a draft decision notice and final environmental assessment which indicated that he had identified the day use only option as the alternative he intended to select.
The facility had sat untouched for several months following the decision to reopen it as a day use facility until recent clean up efforts gave hope that it would be open in time for the holidays.

Two camp sites along the creek have been removed, but the rest of the camp sites have been cleaned and repairs made to accommodate day use. Ranger Henry Hankins pointed out that they were installing pedestal grills to be used by visitors and a $3,000 improvement to a play ground on the site.
Ranger Ronald Norris took a break from working on the playground equipment to share that he was looking forward to getting the site open again.
“As soon as we get the work finished I can do my inspection. We hope to get it open by Labor Day.” Norris remarked.