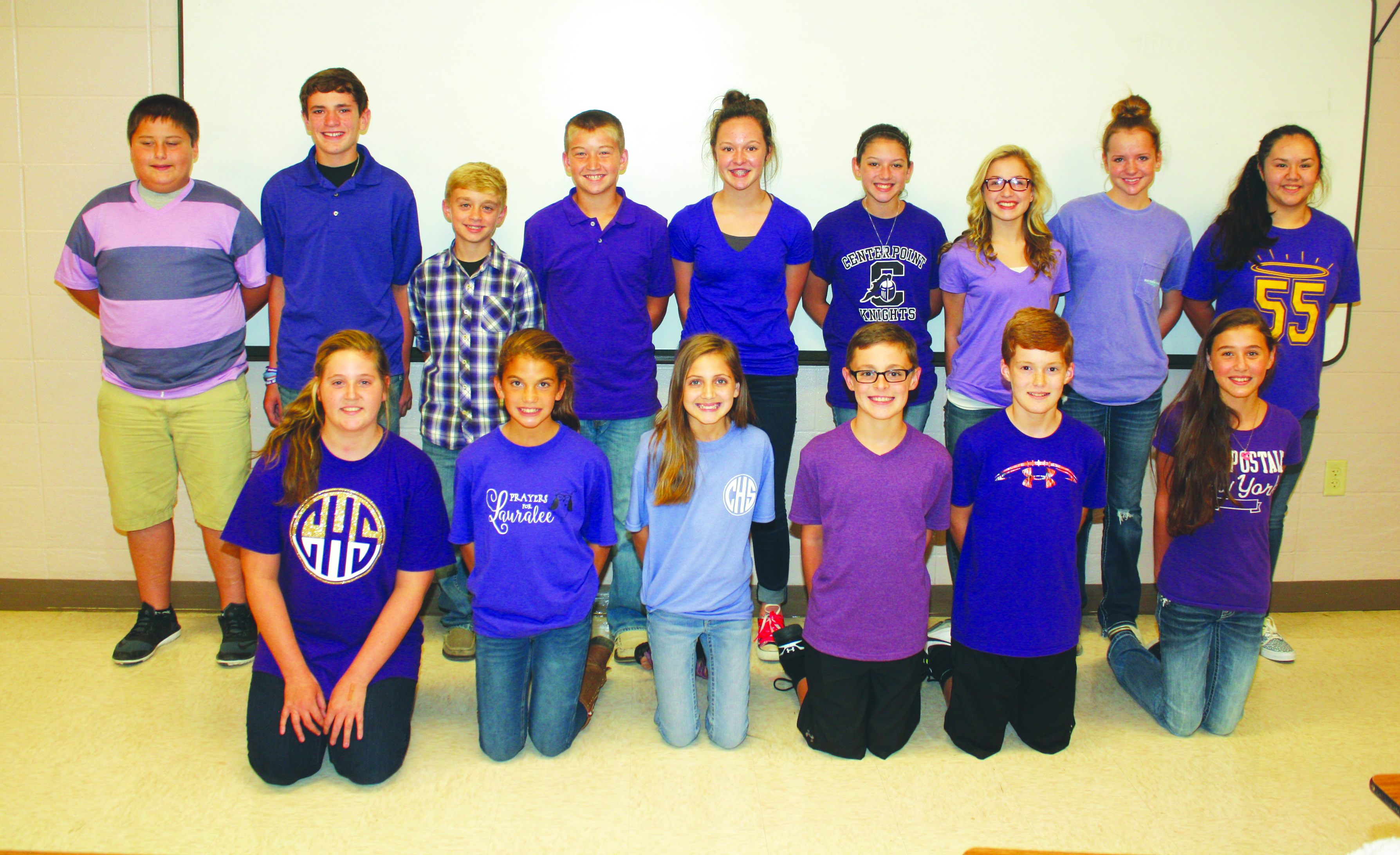 ROSBORO – The classes have spoken, and Centerpoint Junior High grades sixth-eighth have elected their class officers for 2015-2016.
The sixth grade class representatives are: Hayden Rogers, president; Rachel Thomason, vice president; Jordyn Cotter, secretary/treasurer; Bailey Brown, reporter and Dillon Fox, fire marshal.
“It’s an honor,” said Rogers on getting elected class president. “There are 80 kids in our grade and only one gets to be president.”
Rogers said that he wanted to be elected president so that he can make sure that the sixth grade has more school spirit.
“Someone needs to lead and lead the class in the right direction and be a good example,” Rogers said, stating that he planned to try and live up to those goals.
Rogers added that if he could change anything – like any good politician, at the request of a classmate – he would put kool-aid in the water fountains.
The seventh grade class representatives are: Rachel Forsythe, president; Kaden Bryant, vice president; Vivian Angeles, secretary/treasurer; Blake Sorrells, reporter and Kaid Vaughn, fire marshal.
“It’s an honor,” Forsythe also said on getting elected class president. “The seventh grade needs someone to help them through the school year.”
However, Forsythe said her election benefits her as well.
“It helps me have a better school year, because it challenges you to actually do stuff instead of just sitting around saying ‘I wish things would change.’”
Forsythe said that one of her goals was to attempt to get another microwave in the cafeteria.
“Kids our age eat more food,” shouted one of the seventh graders following her answer.
The eighth grade class representatives are: Kamryn Johnson, president; Kaydra Fox, vice president; Kristin Chesshire, secretary/treasurer; Andrea Wright, reporter and Gabe Doster, fire marshal.
Johnson said that it was “cool” she was elected “to help our [eighth] grade reach its goals.”
Those goals, according to the class president, are lead by “to become better students,” and that she hopes to lead by being a good example.
Johnson said she wanted to work this year toward getting personal computers for use in her grade, much like in the sixth and seventh grades.