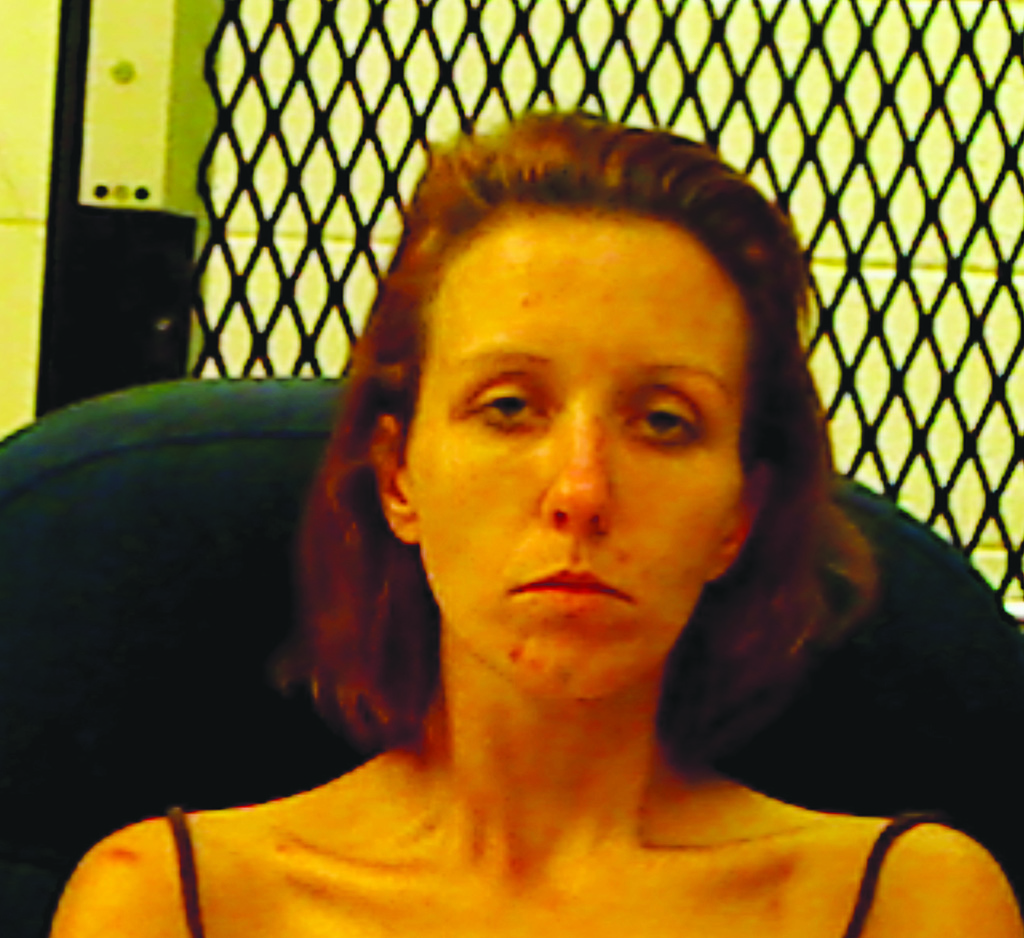 A stroll down Highway 270 East ended in an arrest for a Broken Bow woman after a Montgomery County Sheriff’s deputy stopped to check on her and her husband.
According to documents obtained at the Montgomery County Clerk’s Office, MCSO Deputy Dewey Noles came in contact with Amber Dawn Dagenhart, age 29, and a man later identified as her husband, Kenny Ramirez, both from Broken Bow, Okla. as he was responding to a call of two suspicious people walking along the roadway at Silver Hill and Highway 270 East.
Court reports state that Deputy Noles stopped and made contact with the two. The pair told the officer that they were walking from the Joplin area to Oden.
Noles allegedly asked them for identification as he stated that he might be able to give them a ride. The pair advised him that they didn’t have any ID and asked if they could sit down. Noles allowed them to sit in a safe location in front of his vehicle.
Sergeant Greg Harmon arrived on scene to assist and as the two officers were conversing Ramirez allegedly ran into the woods. Noles pursued Ramirez, but was unable to aprehend him. Harmon placed Dagenhart in his unit and assisted in the pursuit, but was also unable to catch Ramirez.
Noles stated in his incident report that he asked Dagenhart why Ramirez would run. She allegedly stated that he had been paranoid lately and allegedly stated that they had been using methamphetamine.
Officers searched the pair’s luggage and found a small pink bag which allegedly contained a small amount of residue. Noles also found a glass pipe laying on the ground next to their bag.
Mike May of the 18th West Drug Task Force was contacted and given the evidence for testing. According to reports the substance allegedly tested positive for methamphetamine when tested in a NIK kit.
Dagenhart was charged with possession of drug parapharnelia, a class B felony; possession of drug parapharnalia, a class D felony; and possession of a schedule II controlled substance, methamphetamine, a class D felony.
She was arraigned on those charges Tues., July 28. A pretrial date was set for September 1 and a jury trial was scheduled for September 25.