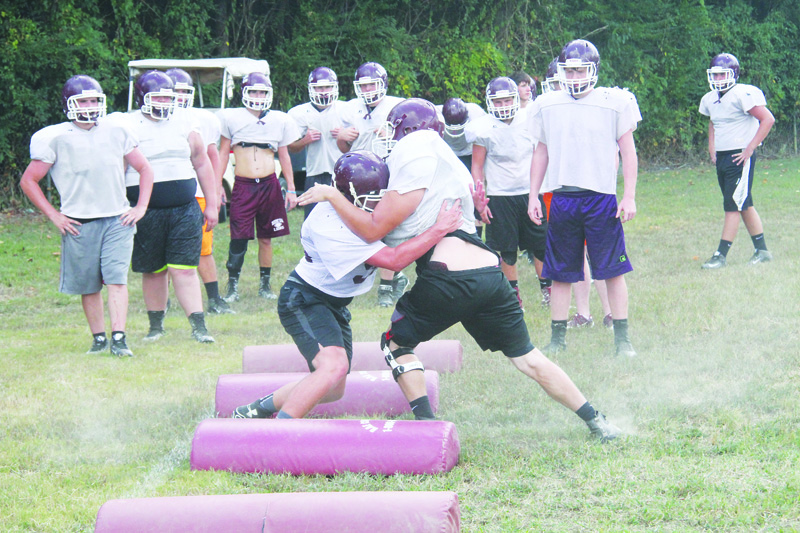 MOUNT IDA – Mount Ida football fans will get their first change to meet the 2015 Lions Thursday night at Stidman Field at the meet and greet hosted by the school.
Fans will get a chance to meet the members of the Mount Ida seventh grade, junior high and senior high football teams, as well as all three cheerleading squads. The team managers and band members will also be introduced.
The event will begin at 6 p.m. In lieu of an admission, fans are asked to bring either High efficiency laundry detergent, body wash (no bar soap please), towels, Lysol spray or like product, Gatorade or water.
There will not be a scrimmage. Coach Mike White explained that he doesn’t have enough on the junior high roster for a scrimmage and he added that he didn’t want to scrimmage the senior high five days before the jamboree in Jessieville.
The Mount Ida Sr. Lions will get their first taste of action next Tuesday, August 25, at Jessieville when they travel there for a jamboree. The jamboree will begin at 5:30 p.m.
The Mount Ida Jr. Lions will travel to Jessieville, Thursday, August 27 for a jamboree and will then open the 2015 season with a trip to Two Rivers September 3.
The senior Lions will open their season at home September 4 against Magazine.
Coach Mike White also announced this week that Homecoming will be held September 18 against Mountain Pine. Senior night will be held October 30 against Gurdon.