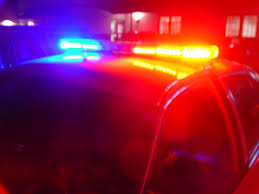 CENTER POINT – Three area men were killed late Saturday during a single vehicle accident near the intersection of Highways 355 and 278.

According to the Arkansas State Police, 23 year old Jose Puente, 20 year old Jesus Puente and 26 year old Blake Harding were found dead early Sunday morning as a result of the accident. The Puentes were residents of Ozan, while Harding’s city of residence was listed as being in Nashville.
Southwest Arkansas Radio reported that the accident was worked by Trooper Mason Glasgow, who told the station the three were traveling west on Highway 278 in a 1997 Ford Mustang which failed to negotiate a curve.
The car, driven by Jose Puente, allegedly struck an embankment and became airborne, hitting several trees with its top before coming to rest on its left side in the ditch.
Police believe the accident occurred around 8 p.m. Saturday night, but law enforcement was not alerted to the presence of the accident scene until early Sunday morning, the radio station reported.