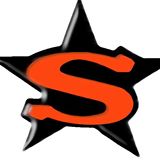 NASHVILLE – Prices for adult lunches at Nashville schools will increase by 30 cents per meal next year, and a hike in the cost of a student lunch could also be in the works.

The district’s board of education approved the adult increase Monday during their regular monthly meeting, but tabled the student rate hike at the request of Superintendent Doug Graham, who said the school is looking at other ways to address a budget shortfall in its food service fund.
According to the district’s most recent balance sheet, expenditures exceeded revenues by over $100,000 in the fund within the last year, something Graham said he and food service coordinator Tina Conzel have asked a number of independent organizations to audit in hopes of finding a means of reversing the trend.
“We are having to look at ways to offset our food service and I have asked for two different entities – Mrs. Conzel’s asked for one, the Child Nutrition Center with the Arkansas Department of Ed to come in and do an evaluation – and I’ve asked for the Arkansas Resource Center to do an evaluation slash audit on our monies,” Graham said. “It’s not that we’re misspending but we’re looking at a corrective action plan so we can operate more oward breaking even or even in the black.”
Conzel’s written recommendation to the board called for adult lunch prices to be set at $3.30 – a move Graham said was required by the Child Nutrition Center – and youth lunches to be set at $2, a 25 cent increase over the current rate. Depending on the outcome of the pending studies, Graham said the recommended change to the student rate “may need to be less and that amount may need to be more.”
In unrelated business during the meeting, Graham reported that he would not be recommending a change to the school’s policy on ‘golden age’ athletic passes, which currently allow anyone older than 65 free admission to Scrapper athletic events. School officials had previously discussed the possibility of increasing the age of eligibility for the passes due to an ongoing spike in the volume of attendees using them.
At Monday’s meeting, Graham said the athletic department had ended the year with a $20,000 budget surplus, making a change unnecessary at this time, but warned that such may not always be the case.
“I will make the point that the 65 and older passes are getting more and more,” he said. “There may come a day and time where I don’t sit here and say, ‘I don’t have a recommendation.’”
Other action taken by the board included:
• the approval of milk and bread bids from Hiland Dairy and Flowers Bakery.
• the approval of a slate of changes to the school’s personnel policies which bring them into compliance with recent changes in state law and best practice recommendations from the Arkansas Department of Education.
• a vote to hire Robin Coffee as a self contained special education aide.