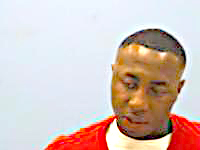 NASHVILLE – A local man is behind bars after allegedly assaulting his wife on Independence Day.
According to a statement issued by Assistant Chief Amy Marion, city officers took 29 year old Orlando S. White into custody early Sunday morning after investigating an incident at a Price Street residence the evening before.
“When officers arrived, they located Glenda White lying on the ground bleeding from her shoulder and head,” Marion said in the written release. “She was transported to Howard Memorial Hospital. Mrs. White suffered deep cuts to her shoulder and face.”
At the hospital, White allegedly told officers that a light skinned, black female whose identity was unknown had “jumped her,” causing the injuries, but officers were able to locate a witness who provided a contrary report, stating that White’s husband, Orlando White, caused the injuries.
“The witness stated that she was standing on the porch and heard Mrs. White say ‘you won’t cut me,’” Marion said. “The witness then entered the residence and Mrs. White was bleeding from her face. Mr. White was standing there holding a knife. The witness stated that Mr. White told her to call 911 and then left the residence.”
Police later located the suspect traveling through the city on foot, and allegedly discovered both a pack of cigarettes and a knife in his possession with blood on them.
White faces a charge of second degree domestic battery stemming from the incident, although bond had not been set at press time.