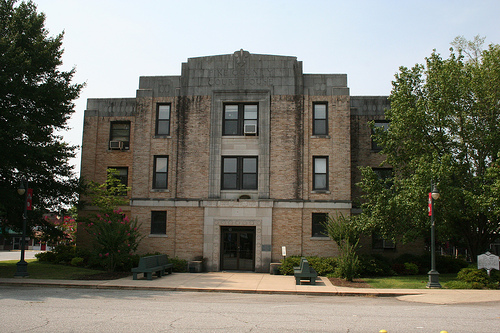 MURFREESBORO—The Pike County Quorum Court voted to purchase a New Holland tractor from the New Holland Tractor Company and a bush hog from Glenwood Equipment, as long as the bid remains the same, during their monthly meeting Monday night.
The decision came after Pike County Judge Dewight Mack read several bids received by the county to the court. Other options included a Massey Fergusson, Coyote and Kubota tractors.
The tractor and bush hog are being purchased for use at the landfill, but will also be used when cutting right-of-ways. After much discussion it was decided that New Holland would be the best choice based upon the expected performance of the equipment. JP John Terrell said that the tractor would have to undergo rough working conditions while cutting right-of-ways and that the “New Holland is the best buy. I’m not talking about total dollars, I’m talking about down the road,” said Terrell.
In other Court news:
The Court voted to reimburse Davis Smith Funeral Home $250 for transporting a body for the coroner without their facility being used for burial. The charges were $200 for transportation and $50 for the emergency kit used.
Pike County Clerk Sandy Campbell read the minutes from the May 2014 meeting which first addressed reimbursing the funeral home for transportation of bodies. At that time the funeral home charged the county $150 to move a body and $200 to take the body to Hot Springs for refrigeration.
Campbell explained that the county does not appropriate money for this service, because it is rarely used and is visited on a case-by-case basis.