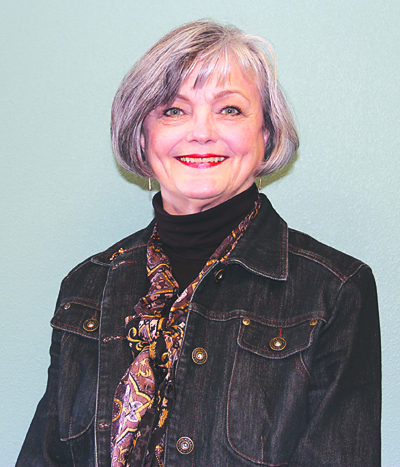 HOT SPRINGS – The Hot Springs Music Festival is currently holding its twentieth season, but this year is a new start for the Nashville woman acting as the festival’s executive director.
Suzanne Davidson, who graduated from Nashville High School in 1965, was brought in as executive director for the organization at the end of October last year. She has previously worked as the director of the Dallas Classical Guitar Society, a premier music organization that hosted 10 to 12 major concerts each year with performers from around the world.
Davidson says that the Hot Springs Music Festival is similar, but with the dozen or so performances compressed into a two week period rather than spread throughout the year.
The hiring process for Davidson to start with the group was a bit of a whirlwind, she reports, saying that she had a telephone conversation with one of the festival’s board members the night that they decided to look for a new executive director, met with the board president the following day for lunch, and was hired within the week.
Davidson’s background is somewhat eclectic, which seems to match well with the music festival’s broad spectrum of performances. After graduating from Nashville, she attended Henderson State University and obtained a degree in art and English. Her first job was as the first full-time art teacher for Arkadelphia High School, and in her 13 years teaching she not only helped establish an art program for the school, but also designed one of the first gifted and talented programs in the state. After her time in education, she went on to systems and process analysis, working for Bismuth Cartridge Company. She then transitioned again, this time into the world of performing arts, handling operations for the Dallas Classical Guitar Society for six years.
Upon returning to Arkansas, she continued her connection to performing arts, being named to the Arkansas Arts Advisory Council by Governor Mike Beebe in 2010 and serving on the boards of multiple arts organizations. She was also elected to the Hot Springs city board in 2012.
Davidson said that she is still tied strongly to the Nashville area, stating, “Our 50th reunion is coming up, and you can bet I’m going to be there for homecoming.”
This year’s Hot Springs Music Festival is set to run through June 13, with performances by the Cavell Trio, the Festival Chorus, and dozens of guest ensembles, showcasing works by Stravinsky, Ravel, Debussy, Paganini, Handel and more – as well as premiering original pieces for the festival.
For more information about the festival, call 501-623-4763 or visit hotmusic.org.