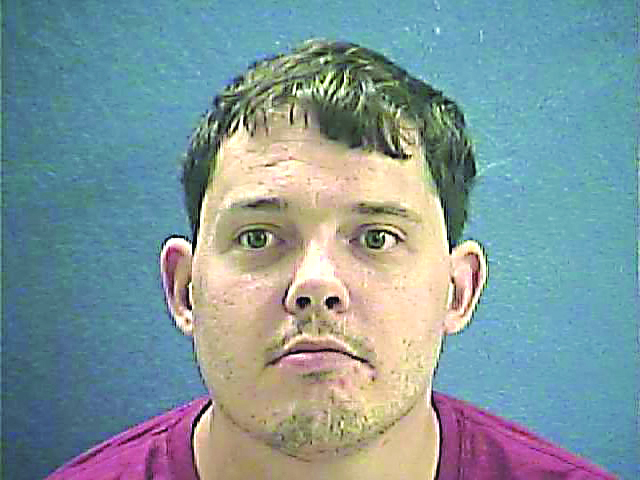 HOPE – A local man was arrested on terroristic threatening and disorderly conduct charges after he allegedly told his mother he “wanted to burn something and destroy things.”
According to a statement issued by Sheriff James A. Singleton, 31 year old Andy Anderson was taken into custody around 11 p.m. after Deputy Luke Sorenson was summoned to the Amandex apartment complex regarding a man “trying to burn a woman out of her car.”
“Upon arrival, Arkansas State Troopers Travis Hale and David Hamilton had already separated the subjects. Trooper Hamilton stated that the male subject, Andy Anderson, had been beating on his mother’s car while she was in it,” Singleton said in the statement. “Deputy Sorenson spoke with [Anderson] and he stated that he had become angry earlier and that he wanted to burn and destroy things.”
The statement further alleges that Anderson “could not remember” what caused him to become angry, but admitted to a history of arson and told authorities he planned to burn a wooded area near the complex. The alleged victim of the threats said the two had been watching television when Anderson “got up, grabbed her house shoes and went into the bathroom [and] locked the doors.”
After entering her vehicle to call the police, the victim said Anderson approached her while lighting a barbecue lighter and began hitting the car, the statement alleges.
“[The victim] stated that Anderson told her [he] was going to break the windows of the car and that he knew how to,” Singleton said in the statement. “She stated that she was worried he was going to try and burn the apartments down and she was worried about the families that live there.”
Anderson remains an inmate in the Hempstead County Detention Center awaiting a first court appearance.