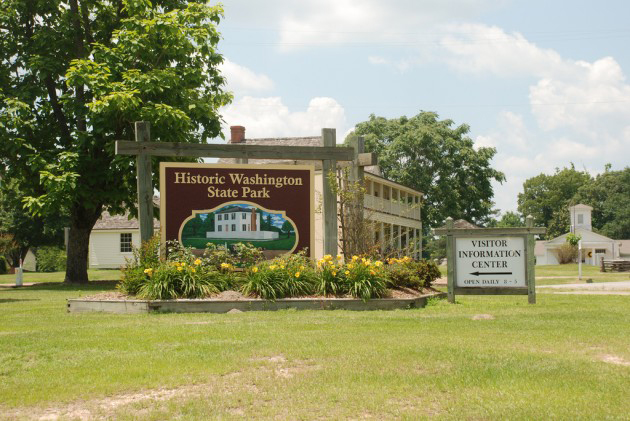 Historic Washington State Park announces the annual summer concert series “Music in the Park” with the theme “Country Nights.” A free concert will be held on the third Saturdays of June, July, and August and is open to the public.

Country Music has been a regular staple in music throughout the American South and has its roots in America’s past. Many that moved out west to Texas and Oklahoma came through Washington. Each evening features old country cowboy songs to modern country hits.

Cowboy Jim Garling, an Oklahoma native, performs acoustic Cowboy western music and tells stories that go along with the songs. Many of his songs date from early cowboy songs and later music by Gene Autry, Roy Rogers and others.

Nighthawk Band is a country band offering a variety of sounds including classic country and progressive country. Night Hawk has been entertaining in the Ark-La-Tex area and beyond for more than 15 years. This multi-talented group consists of five members from the Southwest Arkansas and Northeast Texas area.

Jason Helm’s Band is well known in the Ark-La-Tex region. The lead singer, Jason Helm, is a singer-songwriter-guitarist with a knack for spinning tales of life and love, and razor-sharp, witty lyricism that will keep the listener finding new depth and meaning to each song. The band has a modern “red-dirt” country style.

Bring your lawn chairs or blanket to spread on the grounds of the 1874 Courthouse by 7:30 on concert dates. The gift shop will be open for refreshments and Williams’ Tavern Restaurant will be open from 11-7 for dining. For more information call 870-983-2684.