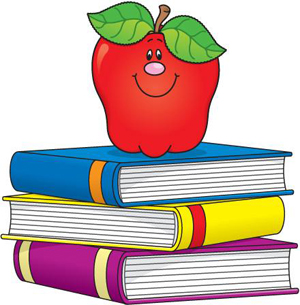 LOCKESBURG – Efforts are underway to open a public charter school locally in 2016.

According to a letter of intent submitted to the Arkansas Department of Education, a nonprofit corporation known as JBH Collegiate Academy is seeking to open the school, which would serve a maximum of 150 kindergarten through fifth grade students in its inaugural year. The letter details a plan to provide education for an additional grade level each year until it reaches a maximum enrollment of 360 students in kindergarten through eighth grade.
“The purpose of JBH Collegiate Academy Public Charter School is to offer students and their families a world-class STEM (Science, Technology, Engineering and Mathematics) and Liberal Arts program; along with the Arkansas Curriculum Frameworks and Common Core Standards in a safe, respectful, rigorous, and goal-oriented, multicultural environment; that is driven by the expectation that all students are college bound,” Michelle Burgess, the company’s CEO and founder, wrote in the letter, dated May 19. “JBH is committed to inspiring each student to achieve the highest standards; with a desire to learn, take appropriate risks, and to accept challenges. The school community will educate all students to succeed at high levels by developing students who are resilient and adaptable, equipped with the knowledge, skills and disposition to continue their education, to become personally fulfilled, interdependent, and socially responsible adults … the tools necessary for lifelong learning.”
Burgess, a Mineral Springs native currently living in Virginia, said Wednesday she and her husband, a retired Air Force veteran, plan to return to Arkansas and personally oversee the school’s day-to-day operations, which she hopes will take place on the former Lockesburg Elementary School campus.
“We’re coming home. This is my passion, and I don’t think I would turn it over to someone to run it for me,” she said. “Looking at the campus, there is room for growth. They’re telling me it’s 36 acres out there and that would be our intent because we’re trying to get kids prepared for college.”
According to Burgess, the idea to open the school came about several years ago, when the Mineral Springs Saratoga School District was placed under state control and Lockesburg’s original school was forced to consolidate with De Queen. News of both events “touched my heart,” she said, inspiring her to form JBH, an acronym drawn from the initials of her assorted relatives in the Johnson, Burgess and Hendrix families. Currently, the company is seeking 501(c)3 nonprofit status and looks to file an official application for the charter school sometime this month.
Charter schools in Arkansas differ from traditional public schools in that they operate with freedom from many of the regulations that would otherwise apply. The charter establishing each school acts as a performance contract detailing the school’s mission, program, goals, students served and methods of assessment.
For Burgess, that sort of autonomy represents an opportunity to exercise her passion for education – and, hopefully, enrich the experiences of her students.
“I understand how to reach the students and I will pull the best out of you,” she said. “I don’t take no for an answer and if you give me the tools I will make sure you get an education.”