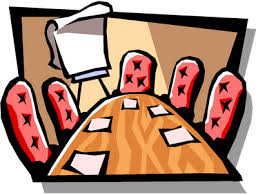 Mount Ida city council members heard from Mike Gobel as he reported on the recent water and sewer audit he did for the city.
Gobel informed the aldermen that the city had done a better job managing the operating loss. He stated that the cash increased $45,000 in 2014 from 2013.and the overall loss for 2014 was $164,732 versus $179,344 in 2013.
He stated that a cut in expenses and a rise in water rates helped lower the annual loss.
The aldermen approved the audit unanimously.
Mayor Jo Childress reported that during a recent water training session city employee Trey Fiorello visited with representatives from a company that might help the city identify many of their major water leaks.
She stated that the city had cut their monthly water loss from around 45 percent to about 33 percent, but she felt this company could help reduce it to 20 percent or better.
She explained that the company would spend about a week examining the city’s water lines using helium to discover leaks. The cost for the service is around $12,000.
The city’s water department would still be responsible for fixing any leaks discovered through the service.
Mayor Childress explained that if they could locate the leaks and the city fixed them it would pay for itself fairly quickly.
Alderman Mike Brown asked if the city had sought out references from other municipalities who had used the service. Alderman Rick Farmer asked if this was something that the city should bid out. The Mayor told Farmer that as far as she knew they were the only company who provided this specific service in this area.
Mayor Childress stated that she would gather some references for next month’s meeting.
Alderman Debbier Baldwin asked if city employees could put out some ant killer at the city park. Mayor Childress stated she would have some put out.
Alderman Margaret Scurlock asked if the city was still using their side mower. Mayor Childress explained that the city did still use their side mower, but the excessive rain received in the area recently had put the city employees behind on their mowing.