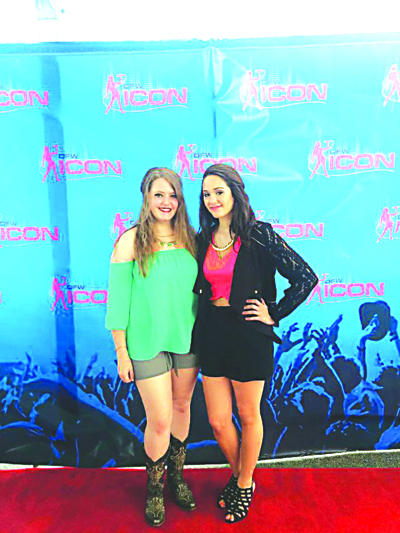 NASHVILLE – A local woman recently made it to the finals in a singing competition held in Grapevine, TX.

Twenty-year-old Alley Heaston was one of eight people in her age group to be chosen to compete in the finals, where judges, all of whom were major music executives in the industry, told her that her voice was “beautiful” and only critiqued her stage presence. Heaston was the only out-of-state individual to compete.

“I think I did good,” she said. “I didn’t come there to win. The judges told me that I had a wonderful voice and that I just needed to get my stage presence to match my voice.”
To be chosen as one of the eight in her category out of the many that tried out is a feat in itself. Success such as this, however, is something that the rising star is accustomed to.
Heaston began singing in pageants as a child. She stated that she began doing bigger performances when she was fifteen years old and received her first guitar. Since then she has participated in school talent shows, county fairs, where her talent has often won her first place, benefits and weddings. Heaston usually makes it to the finals in most talent shows and more recently, she placed second in one held in Texarkana.
The gifted twenty-year-old has also tried out for “American Idol” and plans to try her luck at auditions for the hit T.V. show “The Voice” June 20.
“I’ve got a really good feeling about it,” she noted.
Those lucky enough to see Heaston perform can expect to hear covers of predominantly country, along with some classic rock and pop.
“Growing up, my mom listened to country and my dad listened to 80’s rock, so I guess that’s where I got that from,” Heaston laughed.
Audiences can also expect to hear a few original songs written by the singer, who first began doing this at age 12.
“Most of my songs from then are really personal so I usually don’t sing them as much,” she said. “I write not only about my experiences and what I’m feeling, but also, people come up to me and ask, ‘Will you write me a song about what I’m feeling and sing it?’”
Heaston finds inspiration in artists such as Martina McBride, George Strait and Miranda Lambert, as well as her family and friends.
“I have such a great support system. My family and friends always push me to do what I want to do and they’re always there backing me up because they know this is my dream,” she explained.
It is Heaston’s hope to be able to make her dream come true and that her talent will become the way in which she earns her living, as well as an inspiration.
“I hope I am able to just go around and play and sing and do this for a living. I want to get to the point that it’s all I do,” Heaston said. “I have nieces and nephews and I want to show them that no dream is too big.”