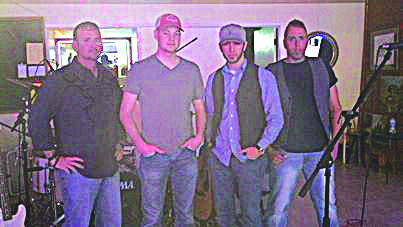 NASHVILLE – The annual Peach Blossom Festival will take place May 2 beginning at 9 a.m. and ending at approximately 3 p.m.

The event will include a variety of booths and vendors, as well as entertainment.
Mike Eudy is set to kick off the musical portion of the event at 10 a.m. followed by Ethan Kuntz. Local band, Download, will perform at noon before Livewire takes the stage.
The Rusty Relics Tractor club will host the antique tractor show and the Howard County Teen Leaders of the 4-H club will host the annual car show, which will feature cars, trucks and motorcycles.
Children can enjoy face painting, take a ride on a train or play in one of three bouncy houses or slides.
Patrons who stop by one booth to enjoy fresh boiled crawfish and purchase bottles of hot spices to go with it will be able to cool down their taste buds by heading over to the chamber of commerce’s booth for some refreshing homemade peach ice cream.
Other booths will be selling children’s printed t-shirts and the Lion’s Club will vend brooms and mops,as well as bottles of water.
There is still plenty of room for booths. To reserve space, call 845-1262. Prices are $50 for food vendors and $30 for non food vendors. Members of the chamber may reserve space for free.
The Peach Festival began in the 1950’s when the city of Nashville became well-known across the country for its peaches.
About a decade later, harsh winter weather almost completely wiped out the produce across the city, doing away with the need for celebration.
It remained this way until 2007 when the Chamber of Commerce revived the festival.
“We wanted a way to bring family and children together, to give the community a time for fun and relaxation, a way to promote downtown businesses and to preserve and promote our heritage,” explained executive director of the Chamber of Commerce Mike Reese.
The Peach Blossom Festival began being held the first weekend in May, which Reese said was meant to be a way to interfere with the annual Stand Up for America event and because May is when peach blossoms generally start blooming.
Reese expressed anticipation for the upcoming celebration in a recent interview.
“We believe this year we have got a really good festival lined up. We will have a lot of activities for children, a lot of entertainment and of course the cars and tractors,” Reese stated. “I really think this year is going to be a good festival- the weather’s supposed to cooperate and we’re really excited about this weekend.