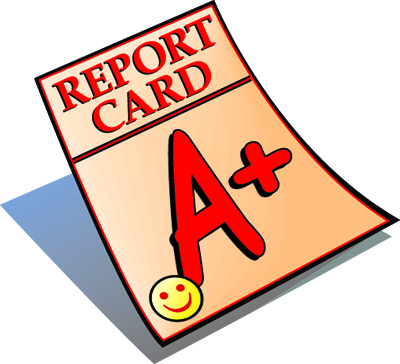 All told, the county is home to three campuses receiving “B” ratings, four which received a “C” and one “F.” The ratings, which carry no weight for the districts in terms of reward or penalty, are based on a composite of the schools’ Benchmark and End of Course math and literacy tests, annual gains on state tests, the relative size of any achievement gaps seen by the districts and, in some cases, the schools’ graduation rates.
At Nashville, the elementary, junior high and primary campuses all received “C” ratings, while the high school was given a “B.”
“We’ll take these grades and use them as a baseline so we can start building for improvement,” Superintendent Doug Graham said. “With being rated average and one school a little above average, it’s pretty much what we were anticipating before the grades were released. There’s lots of grades and lots of criteria out there right now and the scores were based on a certain criteria. We’re not overly disappointed but we’re certainly not excited about where the scores fell and it gives us something to work on in the future.”
In Dierks, both campuses received a “B” rating, something Superintendent Holly Cothren described as a byproduct of the school’s focus on “rigor and relevance in the classroom.”
“We are working hard toward the goal of career and college readiness. Literacy is especially important to us, and we work very hard to make sure all students read proficiently in the lower grades,” she said in a prepared statement issued to local media. “The staff works very hard to ensure that all students learn and succeed. We are very proud of our ratings with the state and look forward to the future as we continue to implement the Common Core.”
Mineral Springs was the lowest-performing district listed in the reports, receiving an “F” rating at its elementary campus and a “C” at its high school, grades Superintendent Curtis Turner said he appealed to the state board of education.
“I totally disagree with the rating system. We were in the process of merging the elementary schools together, and that has an impact on scores,” he said when reached for comment Wednesday. “I did appeal it, but that appeal was denied. I still feel that our staff and students are doing well, and this is not representative of our school.”