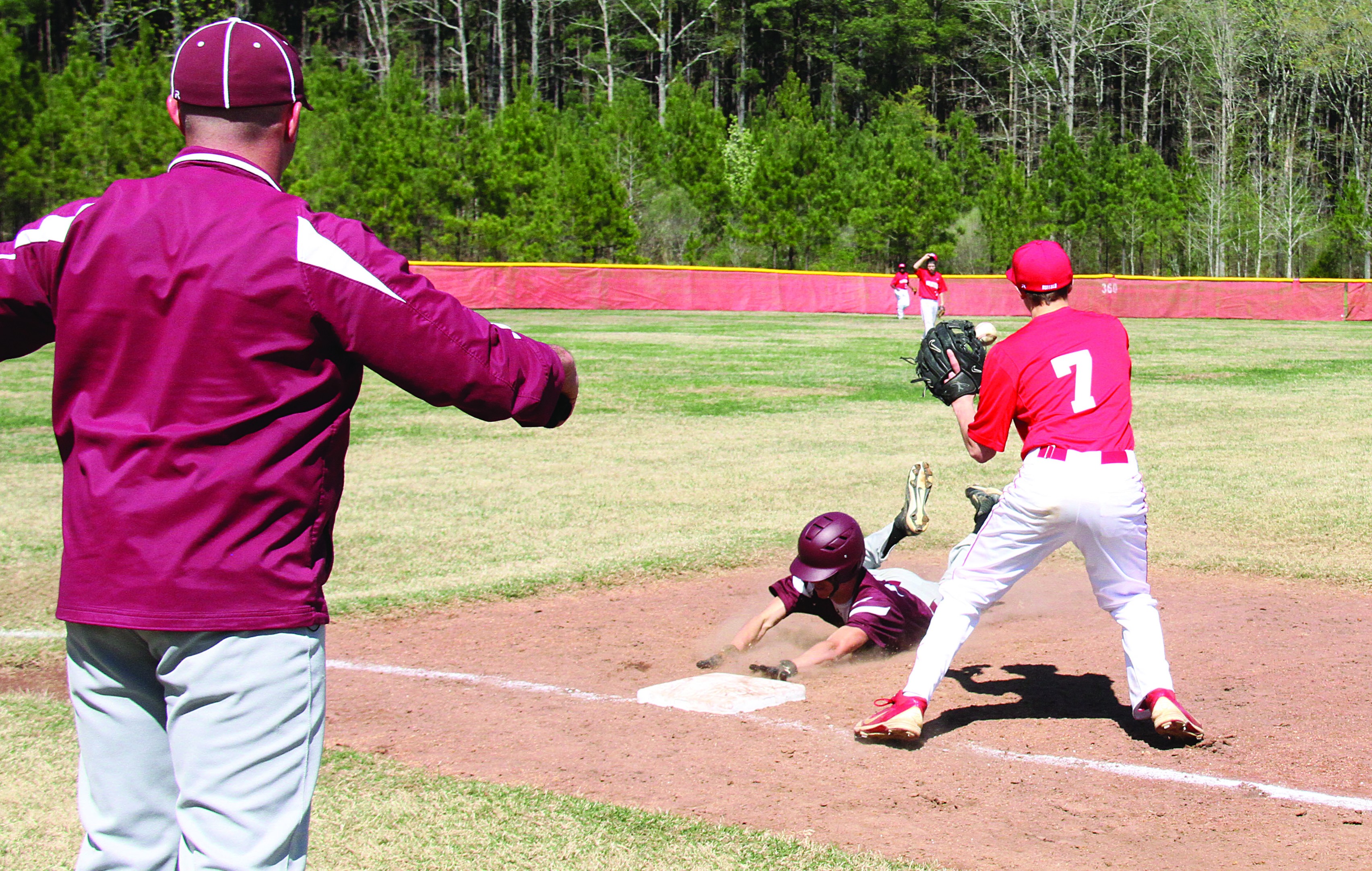 The Mount Ida Lions made the most of the second inning, scoring 13 runs to take a 15-3 lead, to earn a 17-3 victory over the Mountain Pine Red Devils.

The conference matchup between the Lions and Red Devils was originally scheduled to be played at Mount Ida Sat., April 4, but a wet field forced the game to Mountain Pine.

The Red Devils took advantage of home field as they jumped out to a 3-0 lead in the top of the first inning. Mount Ida scratched off back to back outs in their half of the frame before Cody Robertson slapped a fly ball deep enough for a double. Dakota Barrett swapped places with him to drive in the first Lion run of the day. Barrett would later score on a hit by Taylor Callum.

The Lion defense entered the second inning with a bit more control and ended the top of the board without giving up a run.

Mount Ida put the game away in the second with a stellar offensive performance, coming within one batter of batting through their lineup twice and scoring 13 runs.

Hayden Bishop and Josh Hendrix started things off with a set of singles and Anthony Spurling moved both runners into scoring position with a textbook sacrifice bunt which dribbled just in front of home plate. The bunt seemed to be the spark the Lions needed with the inning ending with a 15-3 Mount Ida lead.

TJ Wilson and Cody Robertson would score in the bottom of the fourth to account for the 17-3 final.

TJ Wilson had two triples, a walk, three runs and one RBI, and Dakota Barrett had four hits, including two doubles and a triple, two runs and two RBIs.

Cody Robertson was credited with the win.