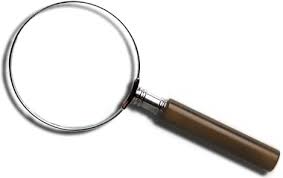 MORRILTON – The cause of death for Nashville native and longtime missing person John Glasgow is expected to be released to law enforcement before the end of the week, police confirmed Wednesday.
Glasgow’s skeletal remains were discovered by hikers on Mt. Petit Jean March 11, more than seven years after the Little Rock construction executive went missing. The initial find, a partial skull, was confirmed as having belonged to Glasgow the same day after authorities transported the remains to the state crime lab. Further remains were recovered during subsequent searches.
Conway County Sheriff’s Department investigator Shane West said Wednesday that authorities expect to receive the lab’s report this week, and that information contained therein will be made publicly available after police complete their investigation.
“We’ll review the report, ask the medical examiner any questions we may have, which we usually do with any autopsy, then probably send out a release or hold a news conference,” West explained.
Glasgow was last seen alive leaving his Little Rock home early on the morning of Mon., Jan. 28, 2008, and a tourist’s photo showed that by that afternoon his SUV was parked outside the Mather Lodge at Petit Jean State Park. No other sign of Glasgow had since been found despite the fact that the Glasgow family provided police with hair, DNA and dental records after he disappeared.
Glasgow graduated class salutatorian from Nashville High School in 1981. His brother, Randy, said early this week that the family plans to bury the remains in a private service in Howard County once they are released from the crime lab.