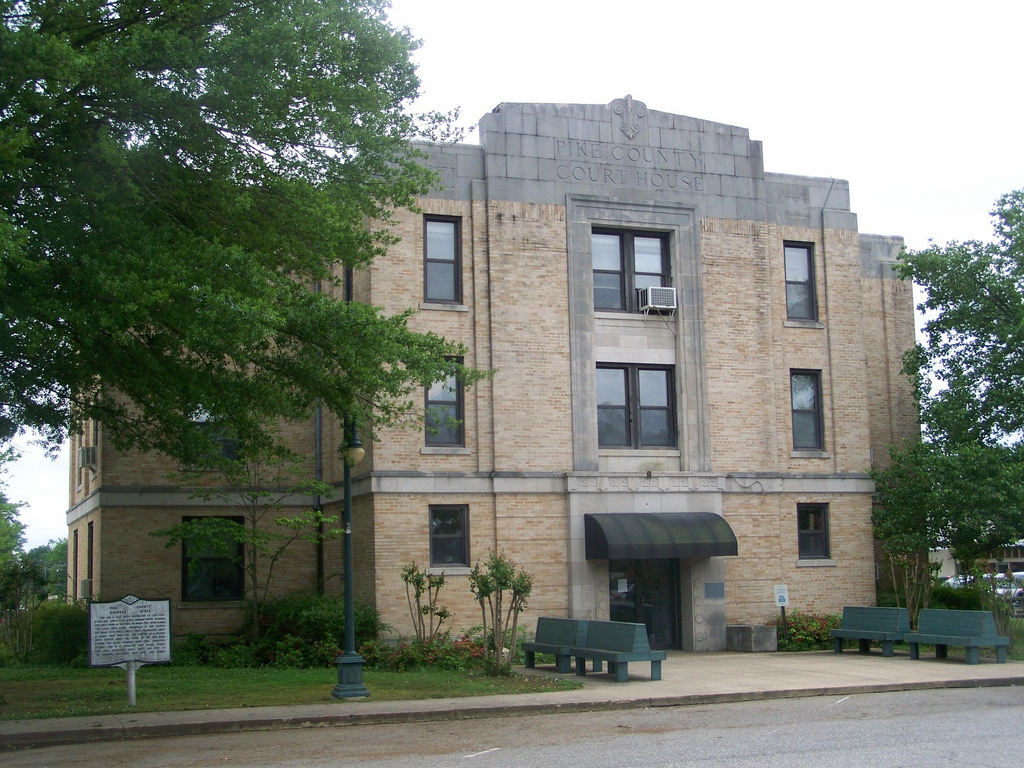 According to an article published in the Murfreesboro Diamond on August 17, 2011, former Pike County inmate Tina Morgan filed the suit in the United States District Court, Western Division of Arkansas on July 20, 2011, stating that her civil rights had been violated and that she was sexually harassed while detained in the facility. Morgan was held in the Pike County Jail from December 27, 2009 until August 16, 2010 when she was transferred to another facility due to the investigation.

Morgan named then Sheriff Preston “Pep” Glenn and two jailers; Kenny White and Paul Cowart. She stated that she had notified Glenn in January or February of 2010 that the jailers and the 309 inmates, being housed at the facility through the Arkansas Department of Corrections 309 Program, were “asking the inmates to have sex and show body parts.” She continued in her statement that Bill Terry of the ADC was notified and that the 309 program was suspended in Pike County.

Morgan said that she and three other females were given voice stress test during the investigation by Internal Affairs and that all passed. She also stated that she had turned in physical evidence.

Morgan stated that she wanted monetary gain for the eight months of mental anguish she endured at the facility before being transferred another facility within the ADC, and that she wanted Glenn to be “reprimanded for his actions” for not protecting her while she was in his custody.

In an article published in the Murfreesboro Diamond on August 4, 2010, Glenn had reported that an investigation was underway at the jail, concluding with the jailers taking a voice analyzer stress test in Arkadelphia at the Clark County Sheriff’s Office.

Glenn said that the investigation was due to him receiving a written statement on June 30, 2010 from a female inmate alleging that two jailers and the 309 inmates housed by the jail made inappropriate sexual comments and actions towards her.

At the time of the article Glenn did not release the names of the jailers or the alleged victim. He said that at that time he was still waiting for the official results of the jailers’ voice analyzer tests, but that he had been told by both examiners that there was “no deception by either of the employees when asked about the allegations.”

Glenn did say that the 309 program at the jail had been suspended due to policy by the state that requires all 309 inmates to be returned to the ADC during an investigation into allegations that involve them.

Glenn said at that time the Sheriff’s Office had not received paperwork pertaining to a lawsuit. He said that he and Deputy Travis Hill had attended a hearing held over the matter in Pine Bluff, but they were not allowed to sit in.

A few weeks later Glenn declined comment about a letter from ADC Act 309 coordinator Bill Terry stating that the 309 Program at the jail was being totally suspended for multiple violations of sexual misconduct as of September 2010 by the Act 309 Oversight Committee.

Morgan’s original claims were revised and filed again in 2012. The case was set to go to trial this Thursday, April 16, but was settled in an early hearing March 31.

John Beck, Morgan’s attorney, said, “The conditions of the Pike County Jail in 2009-10 were well documented by statements from multiple inmates and the conclusions of investigating law enforcement. The investigation conducted by Arkansas Department of Correction 309 Coordinator Bill Terry was critical to documenting the conditions inside the Pike County Jail in late 2009 and early 2010.”

“I want to thank Bill Terry and the ADC for the impartial investigation into the allegations made by inmates in the jail. The efforts of the ADC investigation helped bring about an important reform in the jail,” said Beck.

“My client, Tina Morgan, is pleased to see Pike County Sheriff Charlie Caldwell implement written policies to safeguard against future misconduct. My faith is reaffirmed in a legal system that protects the rights of all citizens and I am pleased that the Court appointed me to represent Tina Morgan,” Beck concluded.

Glenn, White and Cowart are not presently employees of the jail.

Glenn was elected sheriff in 2009. He gave his resignation to the Pike County Quorum Court effective at midnight September 30, 2012, after his loss to current Sheriff Charlie Caldwell, to pursue a different career in law enforcement. Glenn’s last day of office would have been December 31, 2012 with Caldwell taking office on January 1, 2013.

Kenny White began as a part-time employee of the jail in November 2006. He was moved to full-time jailer in July of 2007. Glenn moved White to dispatch after the alleged incidents “for his protection and to avoid any future allegations after he passed the voice stress test.” White remained an employee of the facility until he retired on October 31, 2013.

Paul Cowart was hired as part-time jailer in November 2009. He became a full-time employee in January of 2010 and submitted his letter of resignation August 16, 2011.