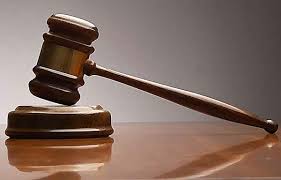 MURFREESBORO — In a two day jury trial held in Pike County Circuit Court 25-year-old Andrew C. Barrett of Amity was found not guilty of a felony charge of rape and/or an amended charge of second degree sexual assault.

The trial stemmed from an incident that allegedly occurred Sunday, September 29, 2013. According to the Affidavit of Arrest that was filed in the Pike County Circuit Clerk’s office, at approximately 10:30 p.m. the Pike County Sheriff’s Office received a phone call from Stephen Poirer reporting the rape of his girlfriend at their residence on Rock Creek Road.

Poirer was advised to take the alleged victim, Shelbi Bradley, to the hospital for a sexual assault test to be performed and to contact the Sheriff’s Office when she returned from the hospital.

The next day Bradley contacted the Sheriff’s Office and spoke with Detective Clark Kinzler. Bradley stated in the affidavit that she, Poirer and four other friends were at her residence on Saturday, September 28 and that three of the friends stayed the night.

Bradley said that she and her boyfriend Poirer were in bed asleep when she woke up around 2 a.m. to someone sexually assaulting her while holding a hand over her mouth and an arm across her abdomen. She said that the subject was whispering in her ear to “be quiet, shhh, don’t say anything.”

Bradley then stated that she put her hand across the bed and felt her boyfriend lying on the opposite side and realized what was happening and began screaming, at that point the subject allegedly ran out of the room.

On October 1, Bradley, Poirer, Dempsey Elmore and Jonathan Spears all made formal recorded statements at the Sheriff’s Office. Bradley stated that she had absolute knowledge that Andrew Barrett was the subject that raped her while she was sleeping because of the lack of facial hair, the clothing she felt during the incident, that she heard his pants as he was running from the room and due to his mannerism after the incident.

All four subjects said that after the alleged assault Barrett claimed he had been sleeping in the living room, but Spears claimed that Barrett was actually in the bedroom located off of the laundry room.

Barrett was questioned and initially denied any sexual contact between him and Bradley, claiming he had no recollection of the event. After further questioning Barrett admitted to knowledge of events immediately preceding and following the incident. According to official reports Barrett then admitted to the sexual encounter with Bradley, but said when she began to yell stop he left the room.

The jury trial began Wednesday, April 15 with a jury consisting of seven men and five women. The jury was told that they would choose between one of three outcomes — guilty of rape, a reduced charge of second degree sexual assault or not guilty.

Bradley testified both Wednesday and Thursday during the trial along with other witnesses. Barrett declined to testify on his own behalf.

It was told during the trial that the rape kit performed by the hospital was inconclusive. Bradley testified she and Poirer had intercourse before they went to sleep. The sample tested positive for Poirer’s DNA, plus another unidentifiable donor.

Closing arguments were held Thursday afternoon and the jury deliberated for less than an hour before returning with the not guilty verdict. After the trial was over, one of the jurors told the newspaper that the jury found the evidence and testimonies too inconsistent to find Barrett guilty of rape or the amended charge of second degree sexual assault.

Prosecutors for the case were Jana Bradford and Erin Hunter. Defense attorneys were Chris Turnage and   Jonathon Huber.

Barrett will be returning to court June 15 to face a battery charge that he incurred while being held in the Pike County Detention Facility.