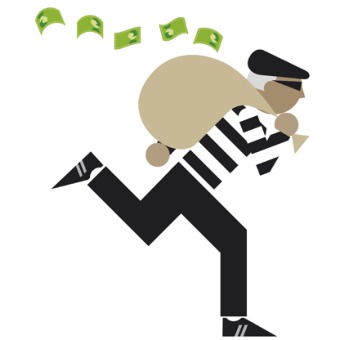 NASHVILLE – The last bank robber to have perpetrated his crime in the city of Nashville will be transferred from federal custody to the state of Arkansas by the end of the week, according to information from law enforcement sources.

Oscar Branly-Feble, now 28, was reportedly one of four people involved in a September 19, 2005 armed robbery of the Noth Branch of First National Bank (now Bear State Bank) located on Main St. in Nashville in 2005. The branch was subsequently closed and the structure purchased by State Farm agent Rusty Hagler in June of 2006.
Branly-Feble, of Van Buren, along with Arlander James Logan, of Nashville, Linda Kay Marshall, of Tollette and Traci Gail West, of Fort Smith, Branly-Feble’s mother, were arrested the same day as the hold-up by Arkansas State Police, reportedly still in possession of the money and the weapon used in the robbery. Marshall and West were also believed to have been involved in a robbery of a bank in Lewisville earlier that month.
After about a week in the Howard County jail, Branly-Feble, Logan and Yoel Delgado Sanchez, of De Queen, reportedly assaulted a jailer late on the evening of September 27, 2005, choking him until he lost consciousness, and took the jailer’s keys to escape in the jailer’s vehicle. Branly-Feble reportedly also unlocked the cell holding his mother, West, but she refused to leave with the other three. The vehicle was later found on Jordan Rd. east of Nashville.
Sanchez was recaptured in Mesquite, TX by federal authorities the following night, but Logan and Branly-Feble remained at large for some time. The pair were allegedly involved in bank robberies in Albuquerque, NM, and St.George, UT, and were finally aprehended after leading FBI and Kansas Bureau of Investigation agents on a high-speed chase through downtown Wichita, KS in November of that year.
Branly-Feble was placed in a high-security federal facility in Virginia after his trial in 2007. He was, according to police records, sentenced to serve 15 years in Arkansas consecutive to his federal sentence.
Local police agencies are protecting the exact details of Branly-Feble’s transfer, for the safety of those transporting him to custody in Arkansas, but did release that he will be moved from Virginia to Arkansas by a private transport company and will be taken immediately to Arkansas Department of Correction custody rather than being brought to Howard County, as would typically be the case.
David Shelton, with the Howard County Sheriff’s department, stated that employing the private transport company would result in a significant savings for the county over sending county deputies to Virginia to return Branly-Feble to prison in Arkansas.