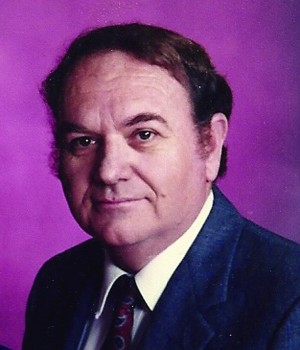 Bro. James E. Honeycutt, age 70, of Hope, Arkansas went home to be with his Lord on Friday, April 3, 2015 at his home after a battle with pancreatic cancer. He was preceded in death by his parents; Irvin and Pearl Honeycutt, his brother; Johnnie Honeycutt, two sisters, Beulah Honeycutt and Shirley Jackson. While working at General Farm Services of Hope, he began his ministry in Umpire, Arkansas followed by other churches in Howard and Hempstead Counties with his final pastoral service at Union Grove Missionary Baptist Church up until four weeks before his death. During his 44 years as a pastor there was numerous professions of faith and baptisms. During these ministries he also founded Hope Tractor Company in November of 1988. He is survived by his wife, of 51 years; Margaret Fulton Honeycutt of Hope, his children; son, James Steven Honeycutt, wife, Shalah of Hope, daughters; Laura Henderson, husband, Wesley of Texarkana, Arkansas and Hollie Lessard, husband Greg of Texarkana, Texas, his brother; Robert Honeycutt, wife, Bonnie of Prescott, sister; Mary Parker of Hope; grandchildren; Justin Henderson, Jordan Henderson, Cyle Honeycutt, Brittany Lessard and Logan Lessard, great-grandson; Ethan Henderson, his mother-in-law; Darina (Peggy) Fulton of Hope and a number of nieces, nephews and other family members and friends. Memorials, in lieu of flowers can be made to the American Cancer Society(www.cancer.org/donate) or to the Muscular Sclerosis www.nationalmssociety.org). Visitation will be 6:00 p.m. to 8:00 p.m. Monday, April 6, 2015 at BRAZZEL/Oakcrest Funeral Home 1001 S. Main, Hope. Funeral services will be 10:00 a.m. Tuesday, April 7, 2015 at BRAZZEL/Oakcrest Funeral Home with Bro. Wallace Edgar and Bro. Jim Lyons officiating. Burial to follow in Memory Gardens in Hope. Arrangements by BRAZZEL/Oakcrest The Funeral Home of Hope, Eddie BRAZZEL, Director. Online guestbook: www.brazzelfuneralhomes.com