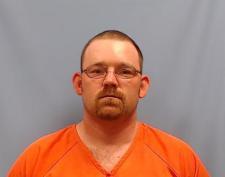 A 32-year-old Nashville man made a first appearance Monday in Pike County on the charge of fourth-degree sexual assault for an alleged relation with a then 15-year-old girl.

Marion Loyd Scott, Jr., 32, is expected to be formally arraigned on the charge on Monday, May 9 in Pike County Circuit Court. His bond has been set at $35,000. According to a local law official, Scott could also face a felony charge of Internet stalking of a child.

Scott is the second person arrested in the case involving sexual relations with the teen. Neil Maurice Kemp, 31, of Amity was charged April 5 in Pike County with fourth-degree sexual assault and Internet stalking of a child. A third man, also in his 30s, could be arrested for his alleged involvement.

According to case information, an investigation began on May 3, 2015 after the Arkansas State Police Child Abuse Hotline received a call from the mother of a 15-year-old Murfreesboro girl and alleged Kemp had sexual relations with the daughter. The mother had discovered the alleged relation through messages on the juvenile’s cell phone. The messages reportedly showed that Kemp knew the juvenile to be underage and confirmed the relationship.

The juvenile alleged during an interview that she and Kemp had sexual relations on several different occasions and she was also having sexual relations with two other men, who were both in their 30s at the time. Scott is named in case documents as one of the men.

“The juvenile victim stated all three men had knowledge of her age prior to sexual contact,” according to case information.